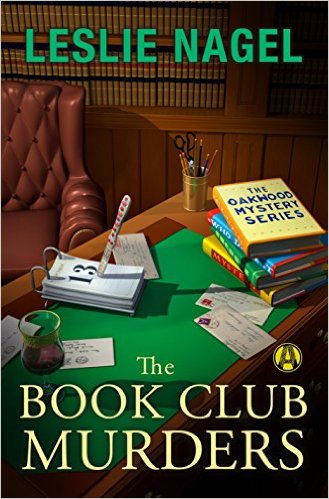 The Book Club Murders by Leslie Nagel is the first instalment in The Oakwood Mystery Series. And damn that was a super-paced good read, perfect for a bibliophile and a mystery lover!

The story's main character Charlotte – Charley – Carpenter, the owner Old Hat, a clothing store, is part of a reading group focused around mysteries. She joins the rich-women's book club with the ulterior motive of attracting buyers to her vintage shop.

The book opens with the scheduled books to be read between August and December. The group of 8, called the Agathas Book Club, with each member labelled "an Agatha", tackles a book each month. Set in the small town of Oakwood, Ohio, the book also opens with the shocking revelation of a murder.

The Agathas are shocked to discover that the victim is an acquaintance. They also realise that the victim was positioned in a way that reflects the murder of the book they were reading. Soon after, another dead body emerges, also linked to the book club members.

"Most of the Agathas seemed to be enjoying themselves, as if the poor woman had been killed for their entertainment. Be honest, Carpenter. You're just as curious as the rest of them."

Each character in the novel has a role to play:  corpse, amateur sleuth, killer, suspect, police officer, helping hand.

The detective investigating the killings is not-an-old-friend of Charley, but her high school crush Marcus Trenault. As soon as they meet, old love and trouble are rekindled. As the two suspect that the killings are done by a woman, Charley suggests that they are likely to have been committed by an Agatha and convinces Marc to use her as an informant to infiltrate the Book Club.

"Don't be fooled by the expensive armour, most of these women are scared to death, usually of one another."

Charley is a fun, slightly sarcastic character. She's smart, brave and passionate. She's also realistic and down to earth. At one point, she faces Marcus and tells him: "You owe me an apology."

I felt that The Book Club Murders was more crime and sleuthing than plain cozy mystery. I loved it nonetheless and would definitely pick up the next books in the series. I also enjoyed the romance aspect of the novel.

The imagery and emotions in the novel are well-written, with lots of "show don't tell".

I absolutely loved the mystery-book references and how the author brought in published mystery novels and used them in the murders. This book will have me picking up several mystery novels and adding them to my lengthy – possibly never-ending - to-be-read list.

"No one is going to believe that for a second. Look, this is the twenty-first century. Everyone watches CSI and Law & Order or whatever. If you start asking questions about who left when, and did you notice anyone acting suspiciously, how long do you think it's going to take before people figure out what you're really up to?"

And the mystery… that was plain wicked!

Note: I received a free advanced readers' copy (ARC) of The Book Club Murders by Leslie Nagel as part of a blog tour via Lori Great Escapes Virtual Book Tours, in exchange for an honest review. 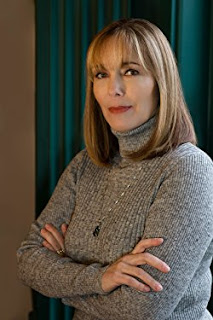 Leslie Nagel is a writer and teacher of writing at a local community college. Her debut novel, The Book Club Murders, is the first in the Oakwood Mystery Series. Leslie lives in the all too real city of Oakwood, Ohio, where murders are rare but great stories lie thick on the ground. After the written word, her passions include her husband, her son, and daughter, hiking, tennis and strong black coffee, not necessarily in that order.