Today I'm featuring author Vicki Vass with a Guest Post on writing her Antique Hunters' Mystery Series. The post also includes a giveaway at the end. 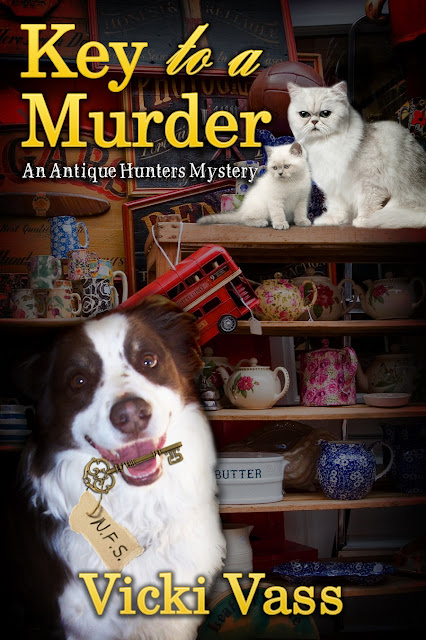 A mysterious woman appears on the doorstep of Great Aunt Sybil’s Attic in the middle of the night. Owner Anne Hillstrom lets her in, only to have the woman die in her arms. With no final words, and only an old lantern clutched to her chest, the dead woman provides Anne and her partner CC precious few clues to discover her murderer or why she spent her last moments in their antique store. The two Antique Hunters search for clues, finding themselves entangled in a centuries-old mystery leading them to a cemetery in Ireland where a ghost from the past has left them a cryptic message, and a killer has left them no choice but to discover his identity before he kills again. On their journey, the two best friends encounter antiques, romance and the key to a murder.


Blurring the Lines between Reality and Fiction by Vicki Vass

Often I write in the dark. I don’t mean without lights on but without knowing where the story is going. It’s very important to listen to the voices in your head. The characters tell the story, I just write it down. For me, it began with my antique hunting excursions with my two best friends, Anne and CC.

I began chronicling our adventures but that story took a strange twist. They stumbled upon a murder not in real life but within the pages. Those adventures are told in the first book of the series, Murder by the Spoonful, a finalist in the Mystery & Mayhem contest.

Since then, I have written three more books in the series, Pickin’ Murder, Killer Finds and most recently, Key to a Murder. Each one started with an idea from my shared adventures with the real-life antique hunters and the stories evolved from there.

It is a fine line between fiction and nonfiction. The real Anne is a wealth of knowledge for all things antique and is very opinionated. I find the fictional Anne repeating some of the catchphrases spoken by the real Anne. As each new story develops, I have to stop to remember if I am writing about the real Anne or the fictional Anne. As each new book came along, the line became thinner and thinner until they morphed into one Anne – Anne Hillstrom, the protagonist of all the stories. She is a bit full of herself, indulgent in her love of fine things, antiques and food, constantly struggling with her diet and her bank account but her generosity and compassion are perhaps her most compelling traits.

Along the way she is accompanied by her best friend, CC, a know-it-all journalist who loves to share her knowledge with all who will listen. As any good friends do, they bicker and don’t always agree but their friendship is steeped with admiration and love and of course, antiques.

Anne and CC take readers along with them on their adventures, sharing their knowledge of antiques, how to authenticate items, where to find them and how to price them. Along with antiquing tips, CC entices readers with her home-grown recipes and gardening tips, all of which help them dust off clues to catch those pesky murderers. After all, a cozy is not a mystery without a murder.

I started writing cozies because of my love of mysteries. When I was younger, I spent days reading Nancy Drew, Vicki Barr and Cherry Ames stories. I then graduated to the works of Agatha Christie. As a journalist for more than 24 years, I’ve written for the Chicago Tribune and traveled the world for World Relief. I found that my journalistic eye helps me create a realistic backdrop for the adventures of the antique hunters.


My love of history, instilled in me by my father, a history professor; is entwined in all the stories. I like to blur the lines between reality and fiction. Whether it’s Paul Revere, Georges Seurat or the Great Chicago Fire, you have to stop and ask yourself: Did this happen? Could it happen? To me, that makes interesting storytelling.

There are lots of reviews on this tour, which you keep up with here.


As promised, as a part of the tour there is a giveaway that you can enter here: 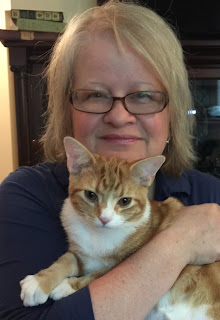 With a passion for shopping and antiques, Vicki Vass turned in her reporter’s notebook to chronicle the adventures of Anne and CC, two antique hunters who use their skills to solve a murder case.
Vicki has written more than 1,400 stories for the Chicago Tribune as well as other commercial publications including Home & Away, the Lutheran and Woman’s World. Her science fiction novel, The Lexicon, draws on her experience in Sudan while writing about the ongoing civil war for World Relief.
She lives in the Chicago area with her husband, writer and musician Brian Tedeschi, son Tony, Australian shepherd Bandit, kittens Terra and Pixel, seven koi and Gary the turtle.