Interview with Mark Benjamin author of A Change of Heart 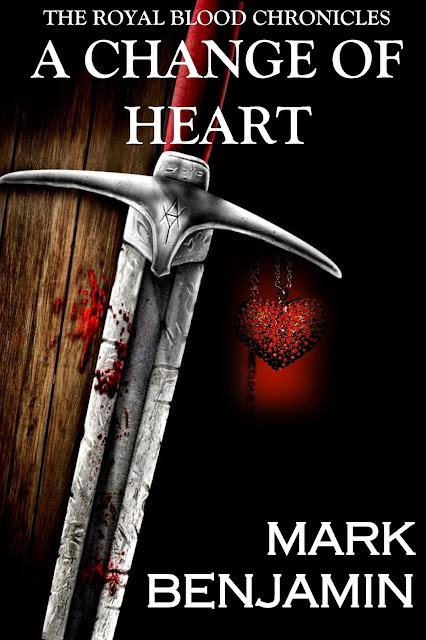 Bullied his entire life, orphaned university graduate, Gabriel Harper, is bitten by a Royal vampire moments before sunrise, transforming him over the course of six terrible and exhilarating nights into a hybrid—human by day, vampire by night.
Just as he learns to come to grips with what he has become, the Silver Legion—a covert, vampire-hunting organisation—kidnap him and his three friends, forcing them to join their clandestine crusade; however, they remain unaware of Gabriel’s nature until it is too late.
Each choice made sets in motion a turn of devastating events—from love-triangles and fratricide, lust and betrayal, broken dreams and the thirst for power, vengeance and the spilling of blood defines victory.
A Change Of Heart is set primarily in the fictional City of Penance; interweaving the lives of Legionnaires, humans and vampires in the course of a year.

Mark Benjamin's exclusive interview with Nadaness In Motion ahead of the release of A Change of Heart.

Q: Tell us a bit about yourself and your writing journey.
Mark Benjamin: I’m the second born out of three other siblings (two girls, two boys) where my parents worked hard to provide for us and raise us well. I take after my father who is an avid reader as well as a creative writer, poet and play director in his youthful days. I studied Law with Business in London, England; and International Business and Marketing in Perth, Australia. I am also happily married with a baby daughter.
My writing journey began when I was very young, reading books from my earliest memory. Writing seriously began in my early twenties, slumped for a bit due to life, and then came back again in my late twenties.

Q: What countries would you like to visit?
MB: I would like to visit the Caribbean, Egypt, Brazil, Italy, Greece and Spain; basically, include all Seven Wonders of the World too. Now, I know you didn’t ask this (but as a fiction writer I take pride in making things up as I go along) but fictional places I’d love to go include; Hogsmeade, the only all-wizard village in Britain (Harry Potter); South Park, Colorado (Southpark); Atlantis; Bikini Bottom (SpongeBob SquarePants); and Springfield (The Simpsons). Now, I know you may be wondering why I haven’t said Gotham City or Metropolis, but there’s just too much danger in those kind of cities!

Q: Are you an indie author? Can you tell us more about how your book came about and what inspired you?
MB: I am a proud indie author and extremely grateful for the opportunities the Internet has given us. My book, A Change of Heart, had its first creative thought process in my early teens. I completely forgot about it until one night when I awoke from a dream about it in my early twenties. I put pen to paper and the story evolved to where we are now. Inspiration for vampires came mostly from Anne Rice and through Dracula: The Series, the 90’s children’s show I watched as a kid.

Talking about A Change of Heart 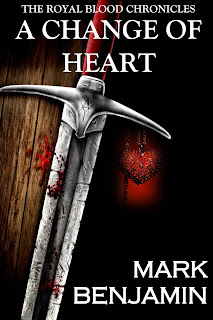 Q: What is the era used in your novel?
MB: The era within the novel is present day, though in future books there shall be flashbacks delving into the past.

Q: There have been lots of novels and movies about Vampires. Are there any specific aspects about the Vampires in A Change of Heart? (I couldn't help but feel a slight similarity between Gabriel Harper and Blade in the half-and-half bit – but that could just be me. I hope they don't glitter in the sun though :D)
MB: You are very right. There really have been quite a lot when it comes to vampires, be it in books, movies, series, video games, comics and graphic novels. In The Royal Blood Chronicles series however, I’ve taken it back to how I found vampires; mortal weakness towards sunlight and silver, while leaving out the garlic and inability to enter churches. What I have added, however, is that there are a class of vampires, the Royals, who are born vampires and not made (you can learn more about them in A Change of Heart).

Hahaha! No, my vampires do not glitter in the sun. Regarding Blade, there are some similarities between him and Gabriel, though they have their own distinct differentiations. Gabriel relies solely on his self-control to defeat his blood thirst unlike Blade (movie) who needs a serum; Gabriel’s superhuman abilities disappear during the day unlike Blade’s (movie and comic) which are there throughout; and Gabriel is only immune to sunlight whereas Blade (movie and comic) is immune is to sunlight and silver. However, we find out more about Gabriel in the future books.

More on the book

Q: Tell us about how the cover came to be and how the sword relates to the events in the novel (without spoilers if possible) (It gave me a sort of ancient feel, hence the next question)
MB: The idea of the sword had always been the main theme for the book cover. It represents the common weapon the Dark Knights, the nighttime vampire hunters of The Silver Legionnaires, use to dispatch their sworn enemies. The red (bloody) heart emphasises the title of the book. Both images were selected by my wife who played an integral role in assisting with the book cover.

Q: What genres does the novel fall under? Is there any adult content/what is the age range for its readers?
MB: The genre is first and foremost urban fantasy, with a sprinkling of thriller and paranormal elements. It does have some adult content in terms of violence, two sex scenes (not graphic) and swear words. My age range for this would be mature, but it’s hard to say as I read far worse as a teen. Would I let my daughter read it? Only once she’s turned 17 or 18 though.

Q: You said that A Change of Heart is set in a fictional city, can you elaborate on the setting you've created in your novel?
MB: Penance City, the main capital within the novel, is an urban metropolitan city like any other in the world today; be it New York, London or Tokyo. The idea came from reading Stephen King’s novels where the setting is mainly in his fictional cities in Maine i.e. Derry and Castle Rock.

Q: What do you like and dislike about your main character, Gabriel?
MB: I like Gabriel’s loyalty to his friends and family, his unwavering stance to do what is right and not take the easy way out. Now as to what I dislike about him, a truly difficult question for me to answer if I’m to be honest, I would say I dislike that due to his supernatural abilities and his sense of responsibility towards them, leaves him too stoic, too serious, at times.

Q: What are you upcoming projects?
MB: Upcoming project is to get The Royal Blood Chronicles series finished, with the next instalment to be out in 2017.

Q: Can you tell us about something you've learnt in the writing and/or publishing process?
MB: Take everything you hear about your work (novel, short story, poetry) with a grain of salt, be it positive or negative. Not everyone can like what you’ve done, but if you’ve worked at it to your very best of abilities, then the right audience shall find it and like it. Also, have a tough skin as it can get rough out there in the book publishing world.

Add A Change of Heart on Goodreads here.

A Change of Heart is available for pre-order via the links below.
Purchase links:
Amazon US and Amazon UK