Today, I'm taking part in the #BigBookGiveaway organised by Girl Who Reads. I'm sharing two books with their synopses, author links and what some reviewers have said about the books on Goodreads.

You will also find a link to the giveaway for two prize book boxes along with other books and authors participating in the giveaway. 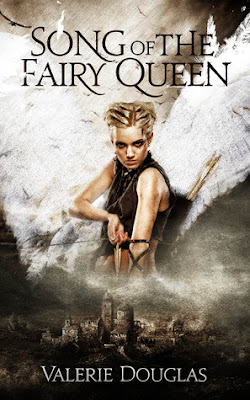 Song of the Fairy Queen by Valerie Douglas

Synopsis:
It's said of Fairy that if you're in dire need and you call their name they'll come. With his castle under siege and his young son in his arms, High King Oryan couldn't be in more dire need. With only his High Marshal, Morgan, and a handful of Morgan's men at his back, he has only one direction left to run...up. And only one ally to whom he can turn.
Kyriay, the Queen of the Fairy.

"I am so in love with this story! I'm so sad that I borrowed it instead of owning it because it was sooooo good!" - Jessica

"I love this book, the characters, the imagery. I can hear the wings of the fairies flapping as they dive and protect in each battle scene. I know Valerie personally and I am honored to be connected to such a wonderful story teller and creator of worlds.
This is a quality experiential journey you deserve to take yourself on!" - Heather L. Tapia 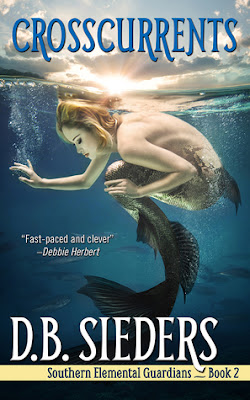 Cross Currents by D. B. Sieders

Synopsis:
No one believes Ilsa is worthy of ruling the Rhine River Kingdom, including Ilsa.
Sure, she wields plenty of mermaid magic and has a winning personality, but responsibility? Not her thing.
So instead of embracing her role as river royalty, Ilsa opts to extend her holiday in the New World. Frolicking with mortals is her M.O.—until she answers a distress call from an endangered species in the waters near Chattanooga. After her close encounter with a motorboat threatens to expose the world of elemental guardians, Ilsa partners with biologist and unlikely ally, Paul Pulaski, to cover her tail.
Worlds collide and sparks ignite between Princess Ilsa and her diamond-in-the-rough mortal, Paul. But can they survive monster hunters, a rival scientist with a grudge, and a dark force that could destroy mortal and elemental alike?

"D.B. Sieders is a unique storyteller. “Crosscurrents” is a mix of science fiction and fantasy that is woven together perfectly." – InD'tale Magazine

"What a great story. The characters are compelling and fun. I am looking forward to reading the third novel I. the series." - R.a. Mccormick

Enter the giveaway via the Rafflecopter below: 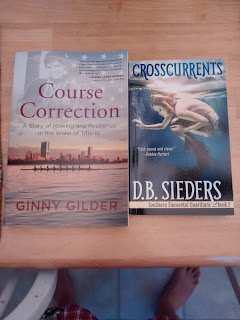 The Night Watchman Express by Alison DeLuca (it's free on Amazon - https://www.amazon.com/Crown-Phoenix-Night-Watchman-Express-ebook/dp/B009LMACWY)

Song of the Fairy Queen by Valerie Douglas
(https://www.goodreads.com/book/show/23198511-song-of-the-fairy-queen)


Til Death Do Us Part by Stephanie Ayers (https://www.goodreads.com/book/show/20447008-til-death-do-us-part) 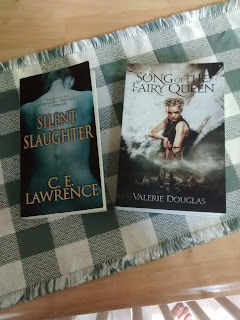 The Photograph by Grant Leishman
(https://www.goodreads.com/book/show/30353515-the-photograph)

The Master's Plan, A Novel by Stephany Tullis (https://www.goodreads.com/book/show/30008479-the-master-s-plan-a-novel)

Graveyard Shift by Angela Roquet (It's at B&N and Amazon https://www.amazon.com/Graveyard-Shift-Lana-Harvey-Reapers-ebook/dp/B009M0ARH0)