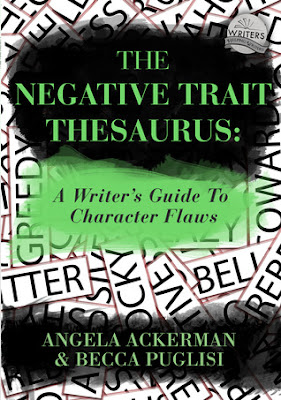 The Negative Trait Thesaurus: A Writer's Guide to Character Flaws by Angela Ackerman and Becca Puglisi is one of six writers' thesauri books by the two authors and the first of the three I have.

I figured I'd start with The Negative Trait Thesaurus because I always have difficulty giving my characters, especially the main ones, negative attributes. So, it was a good start that opened my eyes to certain negatives that I had not considered before.

I must say one of the reasons this book took a long time for me to read was the fact that I was intimidated to start it. I've been kind of scared that I would not remember all of the content of the book and that it would house too much information, which was true.

The best way I would recommend for handling this book would be to read two or three traits per sitting. More than that, your mind will overflow.

“Flaws are traits that damage or minimise relationships and do not take into account the well-being of others. They also tend to be self-focused rather than other-focused.”

I enjoyed the intro and the writing tips at the beginning of The Negative Trait Thesaurus, which tackle the flaws needed for both the protagonist and the antagonist.

Each trait is accompanied by a definition, similar flaws, possible causes, associated behaviours and attitudes (often quite similar to the possible causes but are more varied), associated thoughts, associated emotions, positive and negative aspects (of the trait), examples from film, how to overcome this flaw in writing, and traits in supporting characters that may cause conflict.

Associated emotions are those that accompany each negative trait. For example, amusement and curiosity may accompany a childish character.
I often felt that the “Associated Thoughts” sections were too general. They are ideas that come in the character's mind. 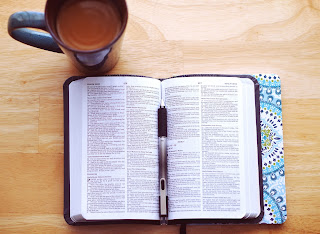 The best parts in The Negative Trait Thesaurus are the examples from film and literature as there are many movies you can relate to or consider watching to see the negative trait in the characters, and the how your character can overcome their flaws section.

“Characters are all about self-discovery, finding meaning, and achieving goals…. Their flaws sabotage them, blocking them from gaining what they want both on a conscious and subconscious level.”

While reading, I could not help but pinpoint certain flaws in my character – me the blogger – and in friends and family, which was cool, entertaining, and sometimes a little scary.

Overall, The Negative Trait Thesaurus is an excellent writer’s resource and reference. There are many traits in the book that many would not think are negative but put in extremes, they can be quite disconcerting.

“To be worthy of challenging the hero, the villain must be as rich and complex as the protagonist himself.” 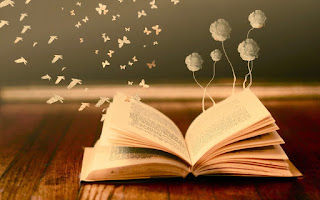