Jess Under Pressure - A journey to living again - Book review

"Just as randomly two human cells come together to create life, it can easily and indiscriminately be snatched away." 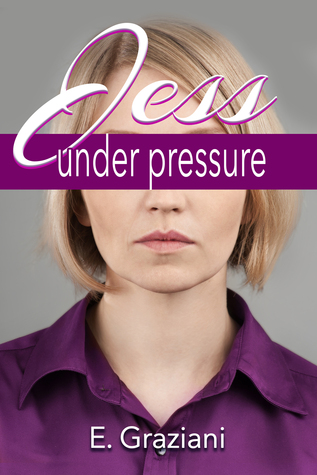 Jess Under Pressure by E. Graziani is a powerful novella of regaining one's life, overcoming obstacles, breaking free and above all learning to live and love once again.

The story is about Jessica Britton, a renowned psychologist, whose book Give More, Do More, Be Better has inspired thousands of women. However, things are not perfect for the doctor, who discovers her husband cheating on her when he and her publicist die in a car crash.

At the beginning of the novel, Jessica tells one of the show hosts: "Life's a very demanding undertaking if you don't know where to turn for support." This phrase is quite ironic considering her upcoming predicament – she hasn't been told of her husband's death and infidelity yet.

Throughout the book, we see Jessica being interviewed by several talk show hosts. At first, she is confident and professional but after the scandal, the renowned doctor breaks down. We also see her struggling with her teenage daughters.

Each chapter of Jess Under Pressure opens with a quote from her book. Ironically, Jess is incapable of following her own advice. But when she suddenly decides to take a long drive away from home, she meets a group of women who help her stand on her own two feet, while also using some of the directions in her book.

Many of the quotes taken from Give More, Do More, Be Better ring true in modern society, and in almost all countries around the world. (These quotes will be in purple)
"Women often feel pressure to present a 'Superwoman' persona because they believe everyone is doing it."

Jess Under Pressure comes at a tough time for me and many of the lines in both Jess's book and the novel itself come out strong. I think they will resonate with many women, old or young.

I like the interaction between Jess and her children or at least Jess' attempts to do so. As a reader, I can see how she is trying to cope with several things at the same time. Still, despite being a successful writer and psychologist, she seems incapable of dealing with her own children. Her statements to Kate in particular appear shallow, like she is unaware that her daughter has grown up and that she is treating her as a child, which naturally has caustic effects.

"Sometimes, she wanted to run away screaming, and other times, she felt hollow, tired and spent. The energy was being sucked out of her exponentially as the dichotomy of feelings swirling and churning within her floated like sickening pond scum to the top of her psyche like toxic goo."

Also, one of the things I liked about Jess Under Pressure, was Graziani's description of Jessica's emotions and how she struggles with her husband's death, his cheating and her love for him.

The moment Jess meets Susie and later the rest of the gang, she begins her transformation and development. She admits to Susie: "I should be helping you. I'm trained to help others… but I can't event help myself. Everything I've been saying is a lie."

We also see how Jess thinks she has everything and later how she feels she has nothing. But as the women begin to tell their stories, Jess realises that many of them have been through worse experiences and she begins to be thankful at least that her children are alive and well.

One of the dialogues I truly loved in Jess Under Pressure was this one, where Jess talks to her younger daughter Laura, while she's still at Susie's, and which shows her character development.

"I promised my friends that I would stay a little longer. We just had dinner together, and they left not too long ago."
"You have friends?"
"I made friends here. Everyone needs friends."
"You never needed them before."
"May be I did, and I didn't realise it. But I do now, and I'm happier that I do."
"You sound happier."
"I think I am."

Other quotes from Give More, Do More, Be Better:
"Sometimes we are at the mercy of events beyond our control – the key to knowing ourselves better is how we react to them."

"If we cut out stressing about all the things we are powerless to prevent, we would all live healthier, better, and happier lives."

Note: I received a free copy of Jess Under Pressure from the author in exchange for an honest review.

About the Author:
E. Graziani resides in Ontario, Canada with her husband and four daughters. She is a teacher and life-long learner who believes in setting new goals for herself and working hard to achieve them. Her love of history, word artistry, and storytelling help to fuel these goals as do her students who particularly enjoy her classroom read alouds.

Connect with the author via her Website, Goodreads, and Twitter.
Add the book on Goodreads: https://www.goodreads.com/book/show/25743557-jess-under-pressure
Posted by Nada Adel at 12:00 AM