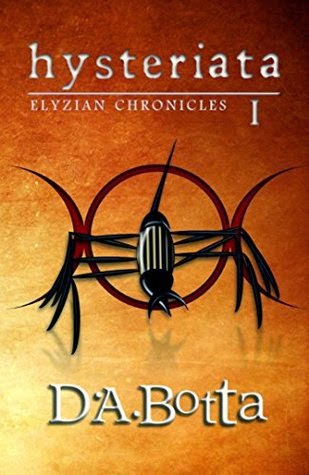 Emily Hobbs is off to Salem State College when a chance encounter with a fortuneteller changes everything. Emily is transported to the realm of Elyzia and learns that she is, in fact, one of the most powerful witches in existence.
Madame Lavache, the strict headmistress of Cedalion Covenstead, has her sights set on Emily. In her desperate cling to power, Lavache attempts to protect her tyranny by invoking sinister forces, including bloodthirsty pirates and The Devil himself, to rid Elyzia of the rebellious witch.
Along with her companions – an old hermit, a small coven of witches, and their totems – Emily sets out on a collision course with destiny.
Just as the tarot foretold.

Emily slunk closer to the glowing well and peered into its depths. The water bubbled and swelled in the hardened clay of underground. The candlelight illuminated the ceiling, casting shine and shadows dispersing throughout the dark. Hues of blue and sediment captivated Emily.
The colors shifted. Now Paige danced drunkenly about a snapping fire. Her body enveloped by the orange glow of bonfire. Paronskaft shrunk back against the wall.
“That scene …” he blurted, “is not for now.” He bit his lips closed and trembled.
Paige stood amongst the others, Gretchen and Melanie and Chloe, all of them. She waited for her turn to leap over the celebratory fire. First Gretchen leapt, then Chloe, Brenna and even Melanie, hurled themselves above the towering flame. There was laughter and music as the boys, too, leapt in their boots, soaring over the tops of the fire and crashing down on the other side. The ceremony burned into the autumn eve.
Paige leapt into the air wildly, drunk on wine, and the flames sucked her down into their belly. She seared and shrieked as her clothes burned away. The others watched horrified as the scorched silhouette flailed within the orange bonfire belly. Her hair turned quickly to dust and her skin blistered and charred. The shadow figure collapsed into miserable ashes and died wretchedly.
The image diluted into the watery pool and Emily fell to her knees and sobbed.
“It’s a trick!” Emily shouted, her voice echoing up through the chambers. “It’s a damned trick, you old fool!”
Paronskaft was taken aback, shocked at the insinuation. His feeble body shuttered against the affront. He wrapped his golden cloak tightly to his skeletal frame.
“I make no tricks, Miss Emily,” he quivered. “I make no tricks on you! Time is an essence.”
“I can stop this?! I can save Paige, you mean? How much time do I have?!”
“You have no time.”
Emily tore out of the cave and rode east, bounding along on Mongrel, weaving through clusters of trees and stones. The late night air splashed the last of the raindrops against her face while Mongrel galloped steadily toward the grounds. A few yards from the edge of the hillside, Mongrel shrunk into his miniature size, quickly and suddenly, which threw Emily off over his shoulders and into crumply dry grasses and brush.
“You could warn me, you know,” she admonished while she quickly laced up her boots. She retrieved a Scynderstem from Paronskaft’s box. “Meet me at the covenstead, okay?”
Mongrel yapped and pranced off.
“Go ahead and go!”
Emily secured her satchel over her shoulder crosswise and dug the balls of her feet into the ground. She leapt off, arcing and descending spans of nearly one hundred yards. The smoke from the bonfire crept up into the air over the eastern wall of Cedalion. I’m coming, Paige! she wailed in her mind. Emily soared and sailed toward the ceremony. Stop! Don’t leap!! she cried out inside. A lyre was playing, singing into the crisp air and laughter and dancing could be seen from the peaks.
Dread filled her bones.
Drew coasted over the seething flames. Then Melanie gracelessly rocketed over the fire. Next Ethan perfectly arced over. Wait! Don’t go! The scent of wine and embers wafted into Emily’s nose as she drew near. Nooo, my love! No!! The heat of the high flame pushed against her body. Paige crested the blaze and was pulled down just as Paronskaft’s pool had shown. Emily pressed her thumb into the Scynderstem and it broke as she leapt again, fearless at the fire, and cast the spell.
Paige wriggled and writhed in the hot orange glows, blackened already near the fire’s blue bottom. Emily wrapped her arms around Paige’s waist and dug her toes into the powdery ash to quickly leap again.

The pair landed near the twisty elm sprinkled with twinkling fireflies. Emily held Paige in her arms, resting what was left of her friend in her lap. Emily looked at her friend who heaved shallow breaths into the air. Paige’s body, smoldering still and black, released streams of smoke up passed the branches and into the air. Their eyes met and Emily let loose her woeful tears.
“I am here,” breathed Emily. “I am here with you.”
“I … love you,” Paige mouthed as she departed.
“I love you Paige!” Emily wailed. “Don’t go! Don’t leave me!”
Paige’s eyes shut forever.

An astonished crowd gathered a few yards away, shaken witnesses to the sadness and grief. After a long moment, Emily slipped out from under Paige and tenderly set her body into the grass. Her face contorted and her entire body trembled with loss. She trudged over to where Paige and the others had sat. She snatched up Paige’s lantern of fireflies. She grew angry in her hurt. She raged in her mind and ached in her heart.
Observing from a ways off, the Madame and the Ladies and the Lyre Man observed the tragedy in solemn seclusion.
“That girl,” Madame Lavache whispered to herself, “is going to raise havoc.”


The glass jar shattered into glimmering slivers and the fireflies were released to the sinewy elm.

Q:  What is unique about your fantasy series?
A:  First, the plots of the novels follow a tarot reading set out early in the stories.  This gave the novels a structure and theme I could really work with.  Each chapter involves the decoding of a tarot card in the spread.  Secondly, I incorporated elements from witchcraft, tarot, astrology, mythology, and runes into each story.  This gave Elyzia its richness.  It made for interesting characters, suspenseful plot threads, and themes that I could string throughout. It’s really a comprehensive blend of fantasy.

Q:  What is the main theme of The Elyzian Chronicles?
A:  There are a lot of themes interwoven throughout the chronicles, but if I can sum it up it’s: to truly know yourself is to have all the power in the world.  I think that can be dissected in many ways, but essentially its understanding and embracing your own unique identity despite a world that tries to change you.  Understanding your fears, knowing your limits (or the cause of your limits) is a liberating thing.  I think people learn who they are forced by people or circumstance to honestly look at themselves.  I believe it’s a powerful thing, and ultimately a positive one.

Q:  Who would play your main characters in a movie?
A:  I’ve gone over this a million times in my head over the past few years.  I think a majority of authors want to see their books become movies.  It’s a natural progression.  If an author says differently, they could possibly be lying.  Emily is such a complicated character.  I’d have to say Kate Mara would be a top choice.  I’d love to see upstart talent in any role.  I always pictured Uma Thurman as Madame Lavache.  I’d have loved to see Robin Williams play Paronskaft, the quirky old hermit.

Q:  Why did you choose to write a female protagonist?
A:  Witchcraft, and paganism in general, is strongly influenced by feminine power.  It was a simple choice, really.  One of the great things to come from Dan Brown’s Da Vinci Code was a reintroduction of the concept of the sacred feminine into our lexicon.  I think Brown really helped to educate a generation about the suppression and obfuscation of feminine spirit and the historical importance of goddess worship.  For me, it was about honoring the struggles of a strong female, against other strong women and men.  The gender stereotypes are broken down and juxtaposed in the chronicles.  We see this with Emily’s sexuality, and with the contrast with, say, the pirate captains Brodish and Dresden.  In Sinfluence, I depict even starker contrasts with the character Braun (a satyr). 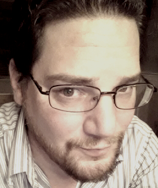 D A Botta has written four New Adult Fantasy novels, The Elyzian Chronicles, and has also published a collection of poems There in Them Blues. D A is currently working on a New Adult Mystery series, Seriously Confidant, projected for debut in the fall of 2015. D A is a Fantasy Representative for NA Alley and frequents #NALitChat on Twitter. When not writing, D A plays guitar and dabbles in graphic design. D A lives with his family in Massachusetts.

To go with this Blitz is a GIVEAWAY of one ebook copy of Hysteriata, open internationally. Please leave your name and email in a comment on this post and I will do a random draw to select the winner, who will receive their gift by no later than 19 December!
So hurry up and spread the word to your friends and leave your name here!