Careful!
Lest her emerald eyes see you!
For she will catch you unawares;
Her grasp is worse than a pack
Of hungry grizzly bears!

Careful!
Lest she catches your scent,
For on the lives of men she is bent
On taking her revenge!

Careful!
Lest word of your presence reaches her ears,
For then flee will all your fears,
For what is to come we will never hear!

Her tale remains unknown; conjectures have failed
For to seek the truth, one must, her, meet
And none have ever returned,
Neither individual men, nor entire kings' fleets!

Careful!
Her emerald eyes glow in the dead of the night.
She will catch you unawares,
And for your life will begin your fight!

A mighty warrior with a painful past
Through shadows he treads, and across plains vast
Bearing the burden of a burnt down home
But in this dilemma, he stands not alone.

Years have passed but the fire in him has not died,
He has summoned allies of old to his side.
With a key and a song, his journey begins,
Alongside a Hobbit, a Wizard and thirteen of his kin.

Neither the pain nor the fury will subside,
For regaining his homeland is part of his pride.
Anger, revenge and victory, he seeks
As he passes through dungeons deep and across highest peaks.

For too long he has roamed and waited
The storm in his heart can no longer be abated.
He travels by day and by darkest night.
And for his companions, he will always stand and fight.

The tale of Thorin Oakenshield, the Dwarf Prince will be told,
Who sought not precious gems and glittering gold,
Nor treasures hidden in caverns old,
But for Home, he has travelled through 'the Misty Mountains cold'.

Note: 'the Misty Mountains cold' in this order and punctuation is taken from the Dwarves' Song in The Hobbit, chapter 1. 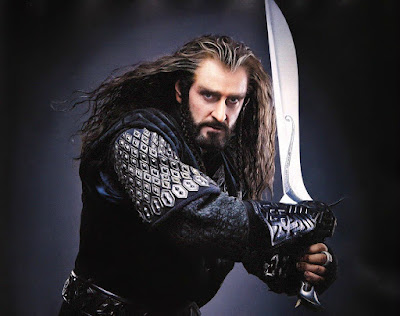 Sifting through my stuff I found something light, something different.

You have enchanted me!
And yet,
I love the spell that bewitched me!
I adore the wizard that cast it
And I want nothing more
Than to be his darling witch
For as long as there is magic in the world
There will always be 'love'.
Posted by Nada Adel at 12:07 AM 2 comments:

This part/section was written during a Short Story Writing Workshop. I plan to continue it soon; though I am not sure if this will be the beginning of the story or will come in the middle. There are other parts; bits and pieces but I'd rather keep them for later.

Arya was the quiet sort, who buried her feelings, the good, the sorrowful, the angry and anything in between, in the many-flavoured chocolate bars in her fridge, though she occasionally fed her anxiety grilled chicken or sausages. She was munching on a raspberry-filled chocolate bar as she held the locket for the zillionth time. It was the same and yet every time she held it, fear and excitement gushed through her being. She went under her bed, opened the little chest hidden in the darkness underneath and beheld the magnificent diamond enclosed within.


The doorbell rang, startling her. She hit her head on the bed-boards, took another look at the diamond, and quickly shut and sealed the chest. She crawled out, adjusted her clothes, hid the locket and opened the door.


It was her best friend Marc.

It is on the battle field,
Where each god holds a shield,
At the other, looking viciously,
Awaiting the signal to attack ferociously!

The signal sounds,
And the battle begins,
And all around
Are gods drinking gin.

Both are immortal,
And so do not die.
Suddenly, opens a portal
In the middle of the sky.

Zeus and Jupiter
Have taken a decision:

“Each would rule
In his own way,
Whether petty and cruel
Or caring and loving play.
Let them rule as should
And aid would come if could,
Whether they ask for it
Or work with their own wit!”

So, the battle ends,
And the gods of war
Become the best of friends!
And from afar sounds their roar!

Now they roam to destroy,
For the world is their toy!
To murder, burn and kill.
These, they do with their utmost skill!

So beware world,
Or be set aflame,
For Ares and Mars
Have made you their game!
Posted by Nada Adel at 1:50 AM 2 comments:


So I just lost sight of basically EVERYTHING. I don't know what's going on, what has happened, and what will happen. And I honestly DON'T CARE! I'm totally indifferent to the people, my surroundings, the events… anything and everything you or I can think of.
What are we fighting for?!
Was the revolution we made almost 2 years ago something to tear the country to pieces? Did we give the wrong people the power? But still if we had chosen differently, we'd still be screwed – in a different way that is.
What are we fighting for?!

I feel that anyone who has any demand just takes to the streets. Our economy is mess, factories and small businesses are closing because their workers don't like their financial position or simply just come up with something not to like.
In the end, we're humans and we're Egyptians, and because there is a poor majority, THEY'LL NEVER BE SATISFIED! NO ONE will EVER be satisfied, especially since they've understood that the only way to be heard is to go on strike.
Great that's what we've learnt "Go on strike to get your demands heard" – let everything else go to waste.
So give them work; it doesn't pay well. Give them money; it's not enough. The list goes on and the end result is the same.

I'm not a fan of the Muslim Brotherhood. Never was, never will be. BUT, we have neither given the man nor the country space to grow and flourish. Since the Presidential elections there have been strikes all over Egypt.

I realise there are worse decisions being taken these days, such as the announcement that the government will no longer subsidise electricity for 75% of the population, added to the expected rise in fuel prices. I'm not sure where we're going but I don't know what were fighting for either.

I'm lost and somehow I do not want or seek to be guided. If there's a light, let it come to me, I shall not seek it.
Posted by Nada Adel at 4:10 AM 3 comments:


I looked at the sky, it was dark and gloomy, clouded with despair; then I saw a flash.

I was stupefied for a few seconds, then I saw it again; a jet of silvery white light breaking the dismal night sky.

I was awed and breath-taken by that flash. Another came, much greater… I felt the need to open my window, run or fly towards it as fast as I could, chase it from the damp earth to the sky, to its celestial home…

Another flash! I couldn’t resist. My soul leapt from my body, taking its secret form to follow the lightning…

I spread my wings and flew like an eagle, but not one. My wings were much bigger, white and shiny. As I spread them, I could see the sky opening its arms to me, calling out to me, whispering my name in the wind. The thunder roared as I continued my flight.

Cold air entered my lungs; every breath was like a new experience. Below me, everything was tiny and irrelevant. My flight was all that mattered…

I could hear every stroke of my wings beating against gravity. I could feel the wind pushing me forward; it was as excited as I.

- It's old but light


Come to me,
My Knight in shining armour
Come to me,
On your beautiful white stallion
Take me into your arms
And embrace me
Take me somewhere,
Where we could spend our lives together

Come to me My Love
And on a Magic Carpet ride
Show me new and beautiful places
Show me a whole new world
Take my hand and fly me to the moon
Let us fly over gardens and lakes
Meadows, forests, rivers, seas and oceans

Come to me,
My Handsome Prince
Kiss me and awaken me from my slumber
Let our kingdom rise once more
Let our lives be full of happiness and splendor
Let us watch the sun set and the full moon appear

Come and set me free
From this house I once called home
Come and try that glass slipper on me
It will fit
And I’ll be your princess for life
Posted by Nada Adel at 10:13 PM 1 comment:

Lucile felt something gush through her body painfully rousing her from her sleep. Screaming, she fell off her bed and crawled underneath it. There was the smell of something burning. She panted underneath and slowly raised the edge of her covers. Her room was no longer dark, comfy and welcoming as it had been when she went to bed.


No. it was bright; so bright, as if the sun itself were sitting at her dressing table and enveloping the entire room with its rays. Her eyes hurt and became watery.


The odor of something burning, or rather the stench of burning skin, filled her nostrils. She screamed as the light seared her skin. She retracted further underneath the bed.


Someone was trying to kill her in her sleep; someone who knew that she was a sun-hider, a night-walker, a Vampire.
Posted by Nada Adel at 9:47 PM 3 comments:

Sweet Pandora
Thou hast opened thy box
And ailed us all!

My land, once green and fruitful,
Now becometh a wasteland;
Once ahead of its time,
Now falleth into the abyss!

My people once giving and caring,
Now selfish and greedy;
Once the pioneers of the world,
Now poor, uneducated and illiterate!

My heart, once filled with love,
With curiosity, with a thirst for knowledge,
Now it lieth in my chest
Like an idle stone…

Pandora,
Thou hast opened thy box of ails,
Now open it more
And let Hope flow and soar!
Let the light embrace us all
And wash away our sins;
Let love revive our hearts,
And unite us all.
Let peace forever roam;
Let our land rise once more!

Black is nice,
Calm and understanding
But always,
Misunderstood.

Black,
It envies
Red and blue,
White and green,

But Black is black;
Always misunderstood.
Posted by Nada Adel at 11:04 PM No comments:

She enters the ballroom;
Her face you cannot see,
Like a flower she blooms;
Tonight, your princess, she'll be.

Of gold, of red and of green,
Of many colours is her mask,
Of blue, of silver, even aquamarine;
To dance, her, you want to ask.

Her face you cannot see,
Who is she?
A mystery!
Your princess, she'll be.

You dance; you look into her eyes,
An enigma she remains;
At the end you bow and rise,
To see her disappear in flames.

She vanished as she had come;
Taking your breath away.
For the night, she was the one,
In the end, the butterfly-masked girl fluttered away… 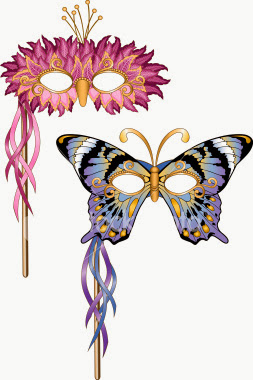