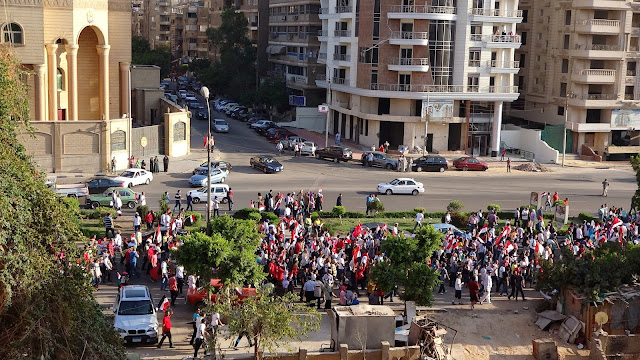 The sun shone bright but not hot like the days before. At first, the streets were as calm as dead of night then MARCH and CHANT. Hundreds of men, women and children proudly carrying the red, white and black flag bearing the eagle took to the streets. A flood bearing the Egyptian flag, they marched in groups, their voices resounding, shaking the ground. “ERHAL! ERHAL!” They shouted over and over. Their voices louder than thunder and more fierce than angry lightning, but as peaceful as the flowing Nile.