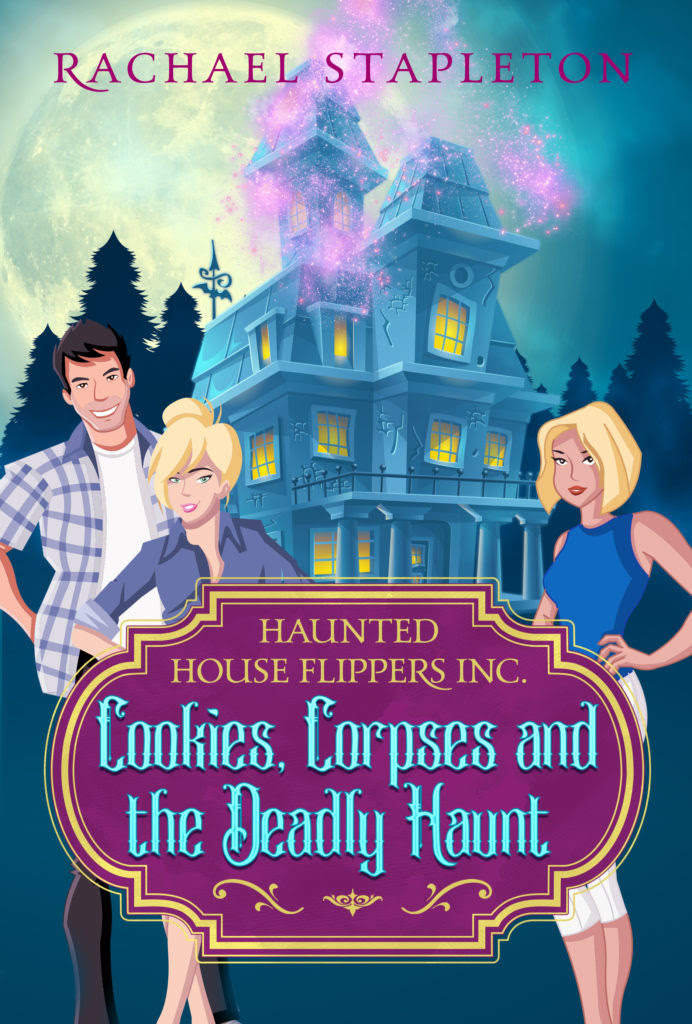 But when the head of the council is found stuffed in a trunk in the attic, it appears history is repeating.

As June and the team, carry on with party preparations, they unravel a century of family secrets, whispers of lunacy—and the number one suspect goes on the run. But the victim’s family insists that the ball must go on, even with a killer on the loose. With Halloween fast approaching, June sees the woman in white and wonders if keeping the killer out was ever really a possibility. Now she’s desperate to unmask the killer before the Annual Halloween Bash turns into even more of a deadly haunt…

Cookies, Corpses, and the Deadly Haunt by Rachael Stapleton is a possibly paranormal, cozy mystery with a dash of humour and romance and tonnes of mouth-watering desserts!

The story is about Juniper and fellow house-flipper, former fiancé and current crush Jack, who buy homes, refurbish them and resell them for a profit. The two go to Jack's hometown, where they acquire a property known as The Doctor's House, famed to have been built by a doctor, who later killed his wife and himself in the house. The townspeople also want to host a Halloween ball at the house. However, after acquiring the property, Juniper discovers the body of the mayor's daughter, Kaitlin. 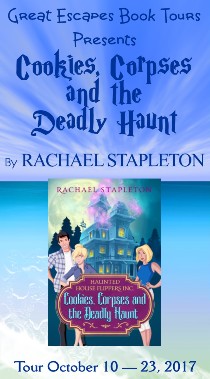 While working at the house, Juniper often hears music coming from an unknown source and glimpses the lady in white, whom some townspeople claim is Veronica, the Doctor's wife.

Although the dead body appears at around chapter seven, the setting of the stage is not boring but rather interesting and fun, giving the reader a good feel of the setting and the characters.

"It was a dark-haired woman in a light lace dress creeping up the mansion's front steps. A gush of wind sent fallen leaves dancing down the steps around her. She was pale as a ghost."

In addition to the mystery, Juniper continues to suffer from jealousy as her business partner, Jack is getting married soon to none other than "Sally Big Boobs".

Apart from Juniper, there is Pike, who co-jointly owns the bakery with Lulu who owns the neighbouring clothes store. Together, they named the business "Cookies and Corsets". The café's wicked assortment of desserts had me drooling as I read.

Because it's a small town, there are a lot of relatives in the story, which boggled me sometimes, especially with the non-recurrent characters. I felt like I needed a family tree.

There were a lot of characters I liked in Cookies, Corpses, and the Deadly Haunt, such as Pike, Officer Cody, Juniper, and Lulu.

The romance in the novel was fun to read and clean. It also added a bit of awkwardness and humour for the characters.

However, a problem I had with the book was that, and I can only assume this, the book was at some point written in first person then changed to third person (or vice versa). The book is mostly narrated in the third person; however, there were some instances when J. suddenly switched to first then back to third. It was just weird and interrupted the narrative. Especially since it occurred frequently, once even switching between first and third in the same sentence. This cut my review by one whole star.

(Reviewer update: I was just informed that the copy I had received for the blog tour was an Advanced Reader's Copy (ARC) and that the final and updated version of Cookies, Corpses, and the Deadly Haunt is devoid of the above problem, raising my overall rating to 4 stars).

I like how Stapleton kept me wondering about the paranormal aspect of the story throughout.

Cookies, Corpses, and the Deadly Haunt is a great and light read for Halloween.


Note: I received a free ARC of Cookies, Corpses, and the Deadly Haunt by Rachael Stapleton in exchange for an honest review as part of a blog tour. 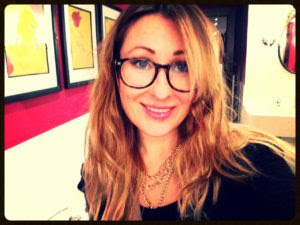 Rachael Stapleton lives in a Second Empire Victorian home with her husband and two children in Ontario, Canada and enjoys writing in the comforts of aged wood and arched dormers.

Keep up with the rest of the tour via reviews, spotlights, interviews, and guest posts.