"An image materialised in Derry’s mind like an apparition. Where had it come from? The effect was like a thousand different parts of her brain had caught fire all at once as her terrified grey matter blazed out a storm of random thoughts. And out of the chaos, in a slow-motion explosion of colour, emerged a man on a throne, the man with the magnificent headdress, the man with a severed head on his lap." 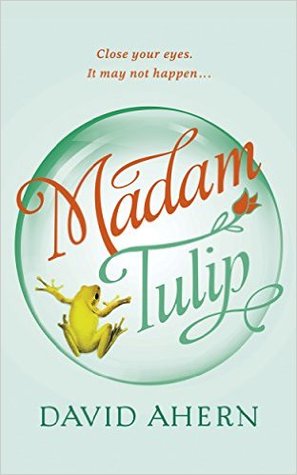 Derry O'Donnell is an unemployed actress and with a possible ability to see the future through tarot cards and visions she cannot understand.

Derry is offered an opportunity to pose as a Madam Tulip at a charity event. Invited by the dashing supermodel Marlene, Derry goes to the event at a castle, accompanied by her actress friend Bella.

At the event, Derry and Bella discover a host of celebrities and Bella chances upon one of them before they drop dead.

Although the mystery does not take place till the middle of the book, there are lots of events in between, with Ahern carefully building the setting of the novel and the series to follow.

Narrated in the third person, Madam Tulip casts a host of quirky characters and features some absolutely farcical situations.

I loved Derry, her friend – although no hopes of being a boyfriend – Bruce, the army guy who switched into an acting career. I'm glad to learn that Bruce will be appearing in the next instalments of the Madam Tulip series.

"Next to Marlene, Derry felt like a hobbit - a hobbit overweight and round even by the famously relaxed standards of hobbits."

There is character development for Derry, hardly any for her father or the other characters. But this is normal for mystery books and series. Although doubtful of her abilities, which she had previously limited to free teacup readings, Derry slowly learns more about herself and her vague abilities as the book progresses. At one point she doubts her ability to glimpse the future and wishes it would all go away. 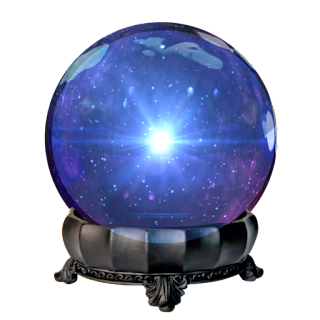 Apart from the characters and setting, Madam Tulip is filled with beautiful imagery and lots of laugh-out-loud moments. (There were so many parts I would like to quote but had to be picky).

I tend to tread carefully when it comes to humour, but Ahern has a knack for it. Derry is absolutely hilarious and the book is full of laugh-out-loud moments.

"What do you say to an internationally famous supermodel? Slept with any rock stars I know of? Eaten any good celery lately? How are your legs— still long?"

Last but certainly not least, Ahern builds his novel from his previous work in the acting and art industry, which gives depth to the novel and characters, and how they act and react. It was a lot of fun reading about what actors do, how they try to be free at any time so their agent can get them a job but at the same time they struggle to pay their bills and with their lives. 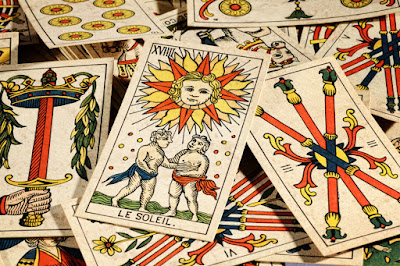 The book does not have an open ending. Each book promises a mystery with tonnes of humour for all.

Overall, Madam Tulip is a laugh-out-loud, exciting, paranormal mystery; a must-read by all standards.

Note: I received a copy of Madam Tulip from its author David Ahern in exchange for an honest review.

Update: Check out my exclusive interview with David Ahern and learn more about his books and writing process.


Update 2: Check out my book review for book 4 in the Madam Tulip series by David Ahern, Madam Tulip and the Serpent's Tree.