Dylan has pledged to donate a portion of his royalties from The Dean Machine to animal rescue shelters for as long as the book is in publication.
"This is how I plan to honor Dean’s memory. I have an area set up for The Dean Machine with the preface of the book (which explains my relationship with Dean and why I was inspired to write [the book], a sample chapter, book artwork, and pictures and video of the real Dean (he was a very cute old man)." 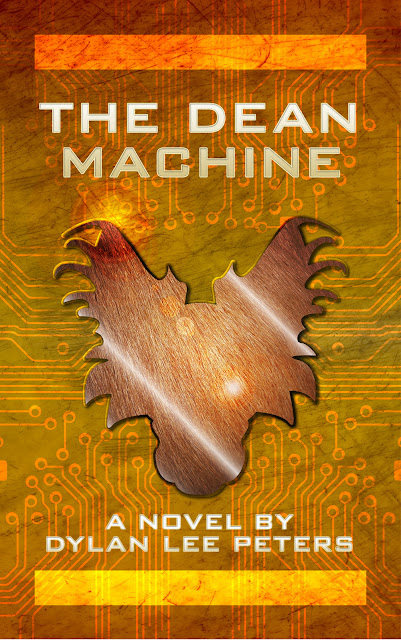 Meet Dan Delacor, an utterly boring citizen of Yellow City. Every day he puts on his yellow shoes, yellow shirt, yellow pants, and yellow tie, and catches a ride on the Tunnel Runner from the suburbs into downtown. He has a job, a home, and a girlfriend, and he never wonders what waits beyond the giant glass wall that surrounds Yellow City.
Except… Dan isn’t as boring as he seems. He often wonders why everything in Yellow City has to be yellow. He wonders why he suffers frequent anxiety attacks, and why he can’t help himself from strolling through dangerous neighborhoods, or running wildly through the fields that separate downtown from the suburbs. Mostly though, Dan wonders why he can’t remember how he lost his right arm, or anything that happened before five years ago.
So, when Dan’s mundane yellow world is interrupted with the seemingly impossible presence of a little red dog named Dean, he quickly finds out there are answers to his questions, and that everything he knows is a lie.
Follow Dan as he learns the secrets of his true identity, the scope of the world beyond the wall, and the true intentions of Yellow City’s mysterious leader, Chancellor Elgrey Vinsidian. Meet Wendy, the twelve-year-old girl on a rescue mission, Echo Valkzdokker, the woman with a love for danger, James Perkins, the wily pilot who has a way with words, and Bianna Kensington, the cold-mannered rebel with a cause. Look through the cracks of this new world with Dan as he learns why his little friend is nicknamed The Dean Machine, what special bond they share, and why the dog deserves a legacy that should live on forever.

He lives to love.
He would die to protect.
His heart is a machine.

Excerpt from The Dean Machine

A red dog? Dan wondered with a modicum of shock. He couldn’t remember the last time he had seen a dog that wasn’t a Golden Retriever. Not that Dan could remember much, but it was enough of an oddity that he couldn’t help staring at the girl and her dog. The dog was very small, probably somewhere around ten pounds, and the majority of its fur was red, with the exception of its white paws, some white in its tail, and an aged, white face. The brown-haired girl was on her hands and knees, slapping at the ground in front of it, mimicking the actions of a playful dog, and her pet was eating it up. It bounced from one side to the other, putting its chest on the ground and wagging its feathered tail in the air.
The old dog has spirit, Dan laughed to himself as the little dog gave a playful bark and ran three circles around the girl. It had large ears that stood straight up, and each one bore tufts of long red hair that caught the wind as it ran. Another five laps around the young girl, and the dog was winded. It stood panting, its big brown nose bobbing up and down, and the young girl smiled at it lovingly.
“Had enough?” she teased. The dog continued to pant with its mouth wide. It looked as if it were smiling. “Okay, let’s go home.” The girl scooped the little dog up in her arms, and it licked her face affectionately. “I love you, too.”
Dan smiled and turned to continue his walk to the medical sector, knowing he had made the right decision to forego the Tunnel Runner. There was something about Arbor Slum that always reminded Dan that life was worth it. No matter how short the feeling lasted and no matter how his mundane life ran him back and forth through the same rut over and over like logs through a mill, Arbor Slum gave him a feeling to be valued. He watched the sun as it continued to set and wished the moment could last. 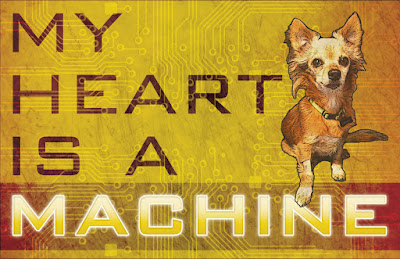 Buy the book via Amazon: http://www.amazon.com/The-Dean-Machine-Dylan-Peters-ebook/dp/B018WTDFDY