Twice Upon a Time: A Valentine's Day Giveaway

Welcome to the second giveaway of 2016. This one is a Valentine's Day special with magic, a love between a Welsh monk and witch, time travel and lots of fun.

Join me in welcoming author Hope Irving once more on the blog. Today, she is giving away FIVE ebook copies of her paranormal romance novel Twice Upon a Time, the first installment in The Black Angel Book series.

Below you will find the synopsis, cover and excerpt from the novel as well as the rafflecopter giveaway. 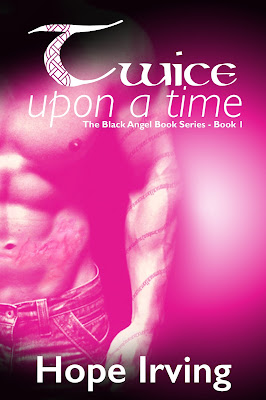 Once upon a time, there was the wandering soul of Morgann, an 8th century Irish calligrapher-monk longing to be reunited with his soul mate. Deirdre was his forbidden love, a witch with whom he wrote a coveted book.

Under her spell, the souls of the star-crossed lovers travel from bodies to bodies until they find each other. Eventually.

That became his quest: unearth her new body and trigger her memory, for she is clueless about whom she once was. Unfortunately their story didn't get a chance to become a fairy tale yet it still turned out as a famous urban legend referred as The Black Angel Book.

Twice upon a time, not so long ago, there was me, rational and devastated Rose. I needed to get a grip, said my French mum after my year of numbness due to a painful break-up that led me to cut my wrist daily, to feel something, anything.
So she sent me off to the free-spirited village of Provincetown, Massachusetts, to spend the summer with my American relatives. And just like that, I wasn’t myself any longer. Because someone pulled me out of the darkness and bewitched me, somehow.

I couldn’t wait to jump his bones… but why was he holding back?
He couldn’t wait to welcome me into his world… but was I ready to question my convictions and acknowledge that my self-inflicted cuts were now healing in record time?

How could I have imagined he was longing for his own unorthodox fairytale to come true?
Frantically.

Excerpt from Twice Upon a Time

Nothing would ever be the same now that I finally fathomed what true desire was and who could fulfill my craving.
Maybe I felt it yesterday but couldn’t quite put it into words. I wouldn’t bet on it though since the electricity wasn’t there. To be honest, it did exist, I had noticed it before, but mistaken for something else, or perhaps part of me was rebelling against that urge.
Let’s say on a scale from one to ten, my feelings for my French ex were a one compared to yesterday’s feelings towards the man I now desired the most ranked as a solid four— the closeness, the laughs, the fun, the understanding—when today I’d say it ranked way above twenty.
I knew what changed: above all, I couldn’t stand to be next to him without wanting to touch him, wanting him to kiss me feverishly, wanting him, period. I liked that extent.
How fast it grew, I couldn’t figure it out; I hadn’t seen it coming. It just happened. One minute I entered the room, saw him and there was nothing else but him. What I felt surpassed everything I had lived or learned from past experiences.
There was no point in either denying or fighting it.
Truth was, for the first time in my life I was irrevocably drawn to someone with no means of control over my feelings, someone who wasn’t my type, either. The pace to which it had grown as well as the feeling itself, both were beyond my own comprehension. I yearned for his hands on my body and mine on his. My need and my goal were to jump his bones, here and now.
Was he also feeling the same chemistry? Was that even possible to have chemistry without a mutual attraction, I doubted it. I had to make sure. I didn’t comprehend if my mind and my body were sending signals completely out of reality or if it was, in fact, real.
Lost in my lustful thoughts, pretending to practice calligraphy, I was reaching for the ink on display as the back of his hand grazed mine. And just like that, I knew. The chemistry. His altered breathing on my skin. His sensitive skin against mine. The electricity.
He felt it, too, I sensed it. One micro touch sufficed.
All true. Definitely not yesterday’s touch but what changed? It sent shivers down my spine. Animal instinct. That was what that was.

“If she is the one, she has no memory of us, whatsoever. I can’t force that on her, that wouldn’t be fair, would it? Because if I end up telling her the truth, she’ll think I’m a lunatic. And if she starts to believe part of it, she’s gonna think she was doomed because of an ancient spell or something.”

Enter the giveaway using the Rafflecopter below 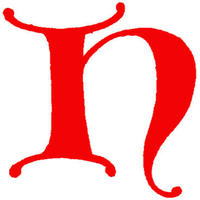 Hope Irving is a debut indie author who lived in Paris, France, most of her life and also in the US, where she graduated with an MBA. She currently lives in Paris with her family.
When she's not writing, she enjoys reading, going to the movies and watching paranormal TV series. Her influences are diverse: Choderlos de Laclos, Brett Easton Ellis, Anne Rice, Charlaine Harris or S. E. Hinton.
She can't stand the rain but it gives her an excuse to watch the Barbie movies with her daughter, over and over again, and sometimes Harry Potter and Edward Cullen sneak in.
She loves Nutella and Camembert cheese (not together), carrot cake, cinnamon Altoids and Dr. Pepper.