That Other Me by Maha Gargash – Book Review 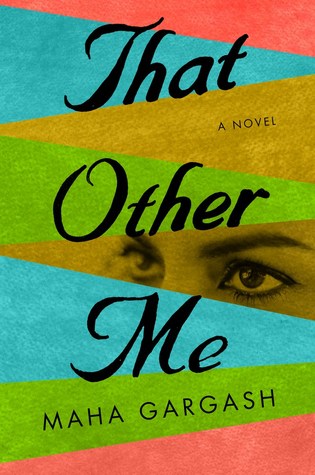 That Other Me by Emirati author Maha Gargash is a novel of beautiful prose handling the lives of members in one Emirati family and the workings within that family. It is a story of how very different women rebel against one man.

Set in Egypt and the UAE in 1995, the novel covers various themes such as women, education, love, family, duty, and entitlement.

It is narrated in the first person perspectives of Majed, his daughter from a secret marriage Dalal, and his niece Mariam. We get some history pertaining to Majed and his brother Hareb, who is Mariam's father.

Majed is an obnoxious character with many faults, constantly berating those around him. I liked how Gargash enables the reader to see these faults through Majed's speech and thoughts. We don't need to know what others think of him; we get to do that for ourselves through him. The same method applies to Dalal, although Mariam is aware of some her own faults.

Moreover, each character has more than one fault, making the reader like and dislike each and every character, except possibly Majed who is also a misogynist.

"I'd overpowered them. I'd broken them and slashed their resolve."

There is also the idea of Hareb's death. Mariam blames her uncle for her father's stroke, whereas Majed constantly compares himself to his older brother. He tries to highlight how the company is better under his management and how his brother was too naïve. Mariam also struggles in silence because of this burden of her father's death.

"[Adel] wants me to open up, but how can I with all this self-blame, this guilt that runs as deep as the river to my side, as thick as the silt at the bottom."

Both Dalal and Mariam have some haughtiness when dealing with Egyptians; however, we see that Dalal is a lot more like her father in terms of pride, condescension and haughtiness.

Although they are fairly good friends, the cousins are very different both in their attitudes and their view of the world. Dalal may be younger but she understands men and the world better than her older cousin.

Dalal is mostly ignored by her father Majed, who divorced her mother and left them in Egypt in the slums of Imbaba – as punishment. He also has several spies tailing them to see what they're up to and thwart any plans to hurt the family name "Al-Naseemy".

"The spies my father sends to watch us – there are two of them tonight – are caught off guard too. As mama breezes past them, one is quick to pretend he is looking for some important item in his pocket, while the other drops to the ground to tie his shoelaces, even though he is wearing sandals. What a clumsy duo!"

There was character development, whether good or bad, not only for the three main characters, but for others as well. Readers will be surprised by some transformations.
The theme of entitlement is evident especially with Majed and Dalal, to the point of irritation and scariness. Majed's selfishness and berating attitude is constant throughout the novel, not only with his subordinates but also with his wife, his children and Zohra, his secret wife. We see him mistreating everyone and no one stands up to him except Zohra and later Dalal, who tries anything and everything to defy him, and finally another character (no spoilers, sorry!).

At one point, Majed says he will change his ways and embark on a path of righteousness; however, this endeavour is quickly tainted by his ulterior motive to marry off his niece in order to get rid of her. He also considers the wealth of her matches in order to acquire additional wealth for himself and his business.

Although Mariam is older than Dalal, she is less outgoing and extremely shy to the extent that she can't summon the courage to say "good morning" to her crush, Adel, which appears to be a childish and fantastical crush. Adel is a minor character in the novel, but he helps Mariam – eventually – mature a bit in her dreamy view of him and the world.

"Always, my courage drained like water down a bathtub. I could almost hear the gurgle and slurp of it as my mouth turned dry."

The word choice and flow in That Other Me is simply beautiful. I enjoyed Gargash's writing A LOT. The words just flowed on the page, prompting me to carry on. The switching of viewpoints kept the novel interesting. You want to know what happens next.

I liked how Gargash managed to maintain the time frame and background information through the three perspectives. You do not feel lost. You also get to see each character's observations regarding one particular event like Hareb's death or Dalal's actions.

The novel also handles the themes of parenthood and love (both family and romance). Dalal constantly tries to earn the love and admiration of those around her, at first with her father, then her mother then others.

"Clara had a sweet voice that often grew croaky at the end of the day as she tended to my incessant needs. Whenever she felt a tantrum brewing, she would burst into song at the top of her voice… One day my father shouted at her, accusing her of scaring me. I liked that he did that. I thought it showed his love for me."

With Zohra, Dalal's mother, the reader begins to worry that the mother may not have her daughter's best interest at heart, as seen when she tries to get quick fame for Dalal while obviously trying to spite her ex-husband, Majed.

There is also the theme of women and education. The story begins with Mariam, who is under Majed's care, studying dentistry in Egypt. We get the views of other women in her family regarding education. For the grandmother, Mama Al-Ouda, a girl should only learn to read and write. Travelling abroad to be educated is not natural and spoils a girl's mind.

We see that one of the women on the side of Majed's wife, Aisha, is an independent woman, a source of disgust and contempt for Majed.

"It was in the early 1980s that, after a couple of years of marriage, she divorced her husband with the excuse that he was a lazy drunk, indifferent toward her. To the chagrin of her family, she didn't go back to live with them. Instead, she rented an apartment and sought employment at the Ministry of Public Works. Then she took study leave to get a degree in architectural engineering (a most unusual vocation for a woman)… and returned to the Ministry once she was done to work as an engineer in the Tenders and Contracts Department. What business does she have sticking her nose in a man's world, as if she were his equal?"

This issue of education remains till today in the poorer parts of the Arab world, Egypt included, as the elderly believe women need to become wives and mothers before being educated or allowed to work.

A reader of That Other Me needs to remember that this is a work of fiction as it has some scathing views of the ultra-wealthy Emiratis.

I liked Gargash's use of Arabic words, some of which are non-translatable, while others were used to give a better feel of the novel and the settings, like "habibchi" as said by Dalal's manager.

The imagery in That Other Me is brilliant, constant and fresh. There are a lot of scenes and speeches worth highlighting/quoting/noting throughout the book. (I'm holding myself back).

I loved Gargash's use of poetic justice. Simply wicked!

Overall, That Other Me is an enjoyable, mind-provoking and flowing read. I'll definitely be interested in reading more of Maha Gargash's work in the future.

Note: The number of quotes I highlighted in the novel is HUGE. Naturally, I couldn't quote them.

Note: I received a reviewers' copy from the publisher in exchange for an honest review. Thank you :)