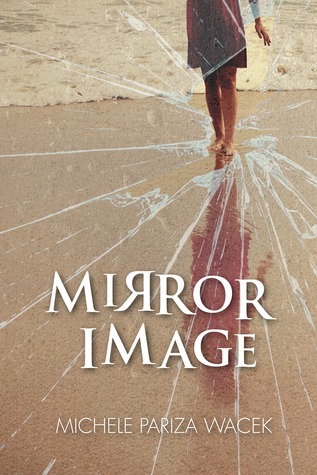 Which would be worse, knowing that your dead sister has come back to life and is now a serial killer or that someone else is the killer….and that person is you?
Six months after Linda's sister Elizabeth killed herself, Linda has finally gotten her life back to some semblance of normalcy. Until a killer appears who is stalking men ... a killer who resembles Elizabeth ... a killer who seems somehow familiar to Linda.
And, to make matters worse, Steve, her old high school crush and now a detective, is assigned to this case. He's asking Linda all sorts of questions, questions Linda couldn't possibly have an answer to.
There's no reason for him to be investigating Linda. She couldn't possibly have anything to do with this.
Could she?


Guest post by Michele Pariza Wacek: The Story behind the Story


When I was a teenager, my parents took us to New Hampshire for a family vacation. While there, we took an afternoon cruise on one of the local lakes. It was on that boat where the idea for Mirror Image first came to me.

I first thought it was a short story, revolving around Elizabeth taking a lake cruise during a family vacation. (You can read a version of this short story in the novel -- it's one of the "Elizabeth" chapters.)

But, that didn't feel right so I turned it into a novella -- still with Elizabeth as the main character.

But, that still didn't feel right. Linda, Elizabeth's sister, who had popped up rather unexpectedly as I was writing the short story, kept haunting me.

And, then, one day, I figured it out. This wasn't Elizabeth's story -- it was Linda's. And it started after Elizabeth's death.

The pieces fell into place and I began the writing process. It took me five years.

Once I finished it, I went to a big writing conference where I met an associate editor from Bantam Dell who loved the idea and wanted me to send her manuscript. I also found an agent there, who was excited about representing me. (Of course, I had done the hard work by pitching an editor -- but I was too starry eyed by the idea of having an agent to question it much.)

The agent wanted me to cut out the "Elizabeth" chapters and a few other scenes. I did it, against my intuition. But I was proud about not being one of those "difficult writers" so I did what I could to squash down the little voice telling me I was making a mistake.

Needless to say, the book was rejected. And my agent wanted me to work on another book rather than shop the first one around. (Which I did.)

The second book was also rejected, and I still remember the email from that Bantam Dell editor. She really loved the idea of Mirror Image but as much as she really wished she could buy it, it just wasn't right.

This was roughly ten years ago. I stopped my fiction writing because my agent's advice to me was to write a third book, which I actually did start, and then I just petered out. I couldn't do it anymore.

Now, the other hat I wear is copywriting/marketing (I own my own Internet marketing and copy company) -- and around the same time I got some really bad advice from a retired freelance copywriter, who basically told me NEVER to tell any of my clients I was writing fiction because I wouldn't be taken seriously. (Not one bit of advice she gave me when we talked was right so why this stuck I don't know.) So, between my frustration over what was happening on the fiction side coupled with this copywriter playing into my fears I wouldn't be taken seriously, I just stopped writing fiction.

And my books sat there. In my computer. Gathering dust.

Until now. Because Amazon and the Internet has made it so much easier for authors to get their work out there regardless of what the publishing houses dictate.

So, before publishing Mirror Image I had to stitch it back together. I put back everything the agent told me to take out. (And when I did that, I realized why that editor had rejected it -- the book didn't hang together with me just taking out the Elizabeth chapters. What I really needed to do was a pretty big rewrite, but that also would have changed my vision for the book.) But, as I did that, I realized there were still things I didn't get right, so I ended up doing additional editing.

But now, I'm proud to say -- I feel like the vision of the story is finally right. Yes, it may not be perfect in terms of writing style or technique -- but now I feel like I finally nailed the story. The story that came to me as an idea over 20 years ago and kept getting it "not quite right" has finally come together.

Mirror Image literally haunted me for over two decades, and even though it took me two decades, I stuck with it and eventually it came together.

If there's something haunting you -- whether it's a book or an art project or maybe something like a business venture -- no matter how long it's been, I'd love to invite you to take to some time and see if it's the right time to finally come together.

As part of the blog tour with World Wind Tours, there is a giveaway for a $25 Amazon gift card and a signed copy of The Stolen Twin. 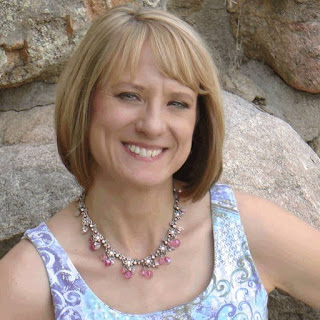 When Michele was 3 years old, she taught herself to read because she wanted to write stories so badly.
As you can imagine, writing has been a driving passion throughout her life. She became a professional copywriter (which is writing promotional materials for businesses), which led to her founding a copywriting and marketing company that serves clients all over the world.
Along with being a copywriter, she also writes novels (in fact, she just published her first novel, a psychological thriller/suspense/mystery called “The Stolen Twin” and her second novel “Mirror Image'” is set to be published in May 2016) plus, she is also the author of the “Love-Based Copy” books, which are a part of the “Love-Based Business” series and cover both business and personal development.
She holds a double major in English and Communications from the University of Wisconsin-Madison. Currently she lives in the mountains of Prescott, Arizona with her husband Paul and her border collie Nick and southern squirrel hunter Cassie.
Website | Blog | Twitter | Facebook | Goodreads | Amazon  Instagram