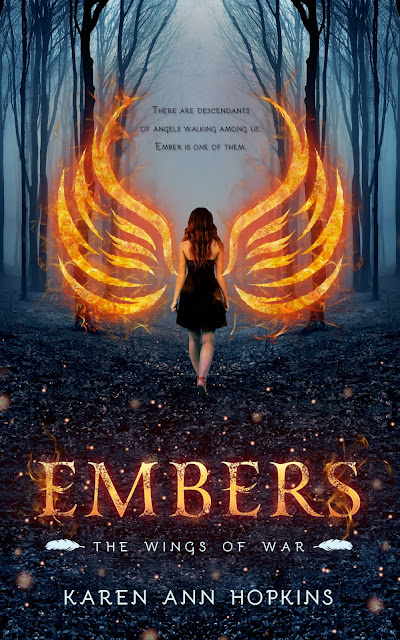 There are descendants of angels walking among us. Ember is one of them.
Embers is an epic paranormal adventure/romance about a seventeen year old girl who discovers that she’s immune to fire and any other injury when she’s in a horrific car crash that kills her parents. Following a violent episode with her aunt’s boyfriend, Ember flees Ohio to live with an old relative in the Smoky Mountains of Tennessee. Ember’s exuberance at escaping a bad home life soon turns to trepidation when she learns that she’s a Watcher, a descendant of angels.
While Ember is instructed about her heritage and the powers that go along with it, she strikes up friendships with two teenagers who live in a frightening walled compound in the forest. Inexplicitly drawn to one of the young men in particular, an impossible romance develops. But it’s cut short when Ember discovers that her new friends are fighting on the opposite side of a war that’s been raging between two factions of Watchers for thousands of years. When the compound’s inhabitants threaten the townspeople, Ember takes action, sealing her fate in the ancient battle of good versus evil, and the grayness in between. Ember is up to the challenge, until she realizes that she isn’t only fighting for the lives of the locals and the souls of her new friends. She may be one of the few champions willing to make a stand for all of mankind as the rapture approaches and the end of days begin.

Embers is the first novel in the dark and gritty YA paranormal romance series, The Wings of War. 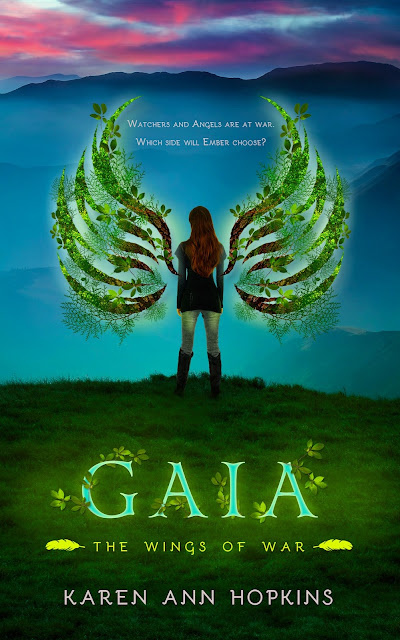 Watchers and Angels are at war. Which side will Ember choose?
Humankind is on the precipice of the apocalypse.
As the Demons grow bolder and the walls between the planes of existence weaken, Ember is forced to develop her powers as quickly as possible, and she seeks out a powerful earth Watcher to continue her supernatural lessons. Her glimpse of the future demands she fight the dark forces spreading across the earth.
But her new mentor has his own agenda, making her question everyone and everything she ever trusted.
When Ember is thrust into the world of the Watchers, she learns of their plans—ones that defy the scripture and make them enemies of the Celestial Host. Ridding the world of evil gets complicated when it becomes impossible to take sides.
As Ember struggles with morality, she soon discovers that there’s something more frightening than anything she’s faced before. 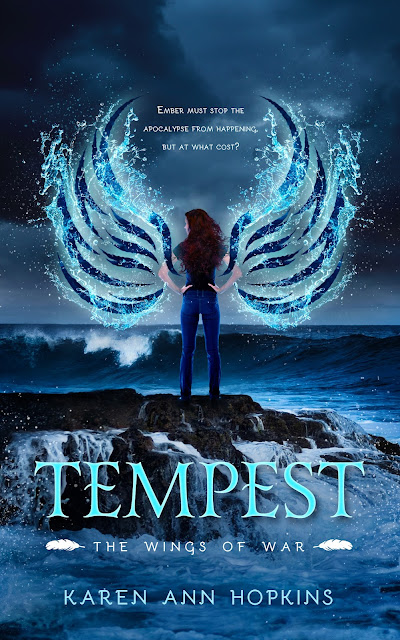 Ember must stop the apocalypse from happening, but at what cost?
The Angels of destruction have arrived, and only Ember stands in the way of their mission to carry out God’s wrath and annihilate His enemies.
When the barrier between celestial creatures and humans beings is broken and Angels descend to Earth, Ember soon learns there’s a fine line between good and evil. As she faces a world full of monsters and magic, a terrifying darkness rises and threatens to destroy everything she’s fighting for.
In the riveting third installment of The Wings of War series, Ember and her friends embark on an epic journey, where unlikely allies are forged and age-old beliefs crumble to dust. And just when Ember accepts love in her life, it’s ripped away from her in the most terrifying way possible.

Sawyer sobered quickly. The obvious hurt on his face made me regret my words.
“You’re right. I’m a monster. I won’t argue on that account. But your kind isn’t squeaky clean either. Just because your ancestors were arch angels doesn’t give you the right to police the world.” His eyes narrowed. “Do you know how many humans have died from wars that Watchers caused?”
“I don’t know what you’re talking about,” I lied.
I was already suspicious about Watchers. Ila scared the crap out of me sometimes with her demeanor and righteous words.
But Sawyer didn’t need to know that I questioned the Watchers myself. His opinion didn’t count.
When I turned back to him, ready to change the subject, I wasn’t prepared for the darkening of his already almost black eyes. He leaned in closer and our breaths mingled. In and out I breathed, allowing his familiar woodsy scent to fill my nose. I know Sawyer. Oh, I know him.
Don’t do it, Ember.
But I couldn’t stop.
When he kissed me, my lips parted automatically.
Deep down, I wanted him, desired him madly, and had from the first time I’d seen him in my dreams.
In that instant, I didn’t care that he was a Demon.

Dream Cast for The Wings of War series

Dream casts are always difficult to come up with because I tend to imagine my characters with very specific looks. Basically, I create a completely new person in my mind. But sometimes I see an actor or model that reminds me of one of my characters. The following are a few picks I made.
*Helen Mirren ~ Ila
I would be so thrilled to have her play Ember’s magical mentor. She’d be perfect!
*Zoey Deutch ~ Ember
Her hair color would need to be altered a bit, but otherwise, she looks a lot like how I imagine Ember. She also has an earthy quality about her that I think would fit well with Ember’s character.
Alex Pettyfer ~ Sawyer
If his hair was darkened and grown out, he has the charisma and enough bad-boy persona to portray Sawyer—I think, maybe.
Maia Michell ~ Piper
She is Piper in my mind.
Scott Eastwood ~ Insepth
Insepth is a larger than life character, but Scott has the right looks and confidence to pull it off.
Anson Mount ~ Eae
I’m a huge fan of the TV show Hell on Wheels and if I had to crush on someone, Anson Mount would be the guy. If anyone could live up to angelic-looking standards, he could ;)
Ivan ~ ??
Do you have any ideas who would be a great pick for Ember’s Russian born shape shifter friend? If you do, let me know. I’d love to hear them!

As part of the blitz there is a giveaway!

Purchase:
(Embers will be 99c during the blitz!)
Amazon: https://www.amazon.com/Wings-War-3-Book/dp/B01BGHQZCW?ie=UTF8&redirect=true&ref_=series_rw_dp_sw 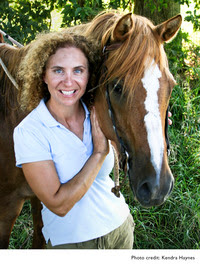 Karen Ann Hopkins resides in northern Kentucky with her family on a farm that boasts a menagerie of horses, goats, peacocks, chickens, ducks, rabbits, dogs and cats. Karen's main job is home schooling the kids, but she finds time to give riding lessons, coach a youth equestrian drill team, and of course, write. She was inspired to create her first book, Temptation, by the Amish community she lived in. The experiential knowledge she gained through her interactions with her neighbors drove her to create the story of the star-crossed lovers, Rose and Noah.
Karen grew up about a mile from Lake Ontario in Upstate New York. She was bitten by the horse bug at the age of five, and after diligently taking riding lessons for several years, was rewarded with her first horse at the age of eleven. The feisty horse's name was Lady, a Quarter Horse-Thoroughbred cross, who became Karen's steadfast companion. Through the years, the constant force in her life was horses. Eventually, she found her place as a riding instructor herself. Before accepting her fate in the barnyard, she worked a short stint as a paralegal, traveled abroad, and guided tourists on horseback riding tours in the Smoky Mountains of Tennessee.
Karen is currently working on her Amish mystery series, Serenity's Plain Secrets, along with the YA paranormal/fantasy series, The Wings of War, and the continuation of the Temptation series. Karen is also excited to announce the Temptation series has been optioned for TV by Pilgrim Studios and is available on Audible.