Around the World in 80 Tales by Dave Tomlinson – Book Review

80 Stories, 25 Countries, 5 Continents, One Heck of a Ride! A journey of captivating true travel stories from that will inspire, amuse and amaze. This fascinating kaleidoscope of people, places, food and culture brings to life the colourful experiences of travelling the world on a budget!

Around the World in 80 Tales by Dave Tomlinson is a contemporary journey across several continents and countries. Tomlinson says he's been to five continents and almost 60 countries, and in his book, he tells the reader about his adventures. 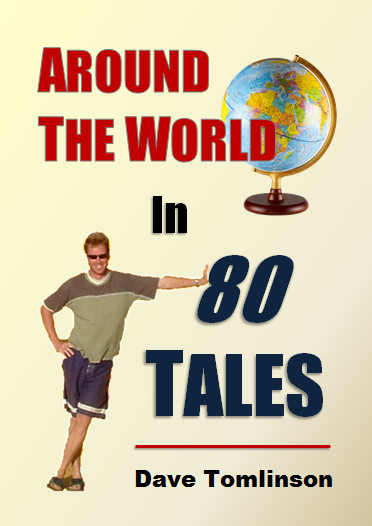 The book is an excellent example of travel literature. Tomlinson makes sure that the reader does tire of any of his stories by ensuring that none of his tales exceeds 500 words.

I must say the opening was a little rough for me though. The first tale in the book annoyed me because of the author’s negative comment on something religious. Awakened by a resounding Islamic prayer, the author's description of “the rudest wake-up call imaginable” irritated me. Still, I had never considered how others might view the prayer calls, so I let it slide while bearing in mind that some places might have it higher than others, especially the dawn prayer, when everything is very calm and there isn’t the hustle and bustle of everyday life.

After that first bit, the book moved smoothly and was quite exciting in certain places. Among my favourites were the stories on the Cambodian and Indian temples.

"My first experience on the Indian railway wasn't just a train journey, it was an endurance test."

Tomlinson has a thing for hiking – in fact you might get a little tired just reading about all the hiking he does. But there are other times when he recommends certain beaches, how to get there and informs the reader what each country, region or place is popular for.

One of the things I liked about Around the World in 80 Tales was the way Tomlinson gives recommendations and sometimes warnings, particularly about dangerous roads, hikes or simply areas popular with pickpockets. He also makes a lot of notes on what to do if you're travelling on a budget.

"There is something about clinging to a rope on a steep granite slope in bone-chilling wind that almost makes you question your sanity a little. The mountain is unforgiving and if you don't rise to its challenge it will defeat you." From “Climbing Mount Kinabalu in Malaysia”

In Around the World in 80 Tales, Tomlinson provides a photograph after each tale, commemorating the event or the adventure. Almost all images are his own with the exception of two or three.

The Camel safari in India’s Thar Desert is definitely one of the funniest stories in the book. Tomlinson is honest, often sarcastic and definitely lands himself in a few dilemmas and funny situations.

"In the first hotel the staff looked at me like I'd just crawled out of a swamp. I wouldn't have boarded my dog at the second one. Another didn't have any vacancy followed by one where nobody seemed to know English." – From "Trouble in the capital city of Sri Lanka"

I also liked that Tomlinson isn’t merely promoting certain places in Around the World in 80 Tales, but is rather giving his honest opinions and experiences.

At the beginning, Tomlinson says that he separated the tales so that they are not all grouped by country. Having finished the book, I felt that I would have preferred reading the tales of each country separately instead of jumping from Australia to Morocco to India then back to Australia or going to Ecuador then jumping around a bit then back to Ecuador 10 tales later. However, that is just a personal preference.

Around the World in 80 Tales is a quick and light read. You don’t need to read the stories in order. The book serves as a small guide to places worth visiting – or worth skipping – depending on your taste and preferences.

Overall, I’ve found Around the World in 80 Tales by Dave Tomlinson to be exciting, interesting and most importantly informative. I highly recommend it.

(There are a few stories that contain adult content due to the nature of certain temples and you can tell those from the names given to them, but otherwise the book can be read by all ages).

There are places in the book that I would never have considered but now might put them on my list, while I’m satisfied to merely learn about others or know they are not for me. 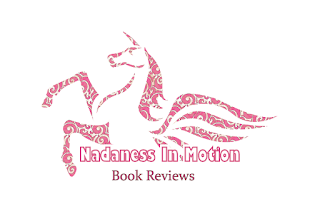 Note: I received a free copy of Around the World in 80 Tales from the author, Dave Tomlinson, in exchange for an honest review.

Purchase links for Around the World in 80 Tales by Dave Tomlinson: Amazon Kindle, Step Ahead Travel.