Nadaness In Motion and Petra Landon are coming together as Petra is offering TWO e-book copies of the first instalment in her saga, THE PROPHECY, for grabs in this exclusive giveaway.

Author's Note: The Prophecy is the first book of Saga of the Chosen, an urban fantasy series sprinkled with action, adventure, an unfolding mystery and a dose of romance. The book is set in contemporary San Francisco in the fantastical and intrigue-ridden world of Chosen where factions of Wizards, Shape-shifters, Vampires and others vie for power and influence over their kind. 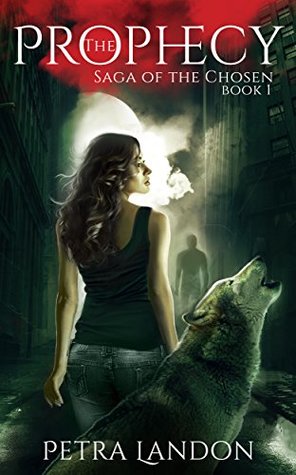 A powerful wizard threatens the Chosen from beyond the grave. Can they unravel The Prophecy in time to save their world?
Chosen have walked the earth for time immemorial. Tasia is a very special Chosen. Warned to keep her distance from her brethren, she makes a fateful decision one night to assist an injured Shape-shifter. Suddenly, Tasia finds herself in the cross-hairs of Shifter mercenaries encroaching on San Francisco. Forced out of the shadows, Tasia has little choice but to ally herself with the local Shifter Pack led by a formidable and dangerous Alpha Protector. In the cut-throat world of a Shifter Pack, Tasia must fight to protect her secrets while struggling to negotiate with the enigmatic Alpha who holds his violent Pack together with a ruthless hand on its reins.

Grave danger threatens their world as a powerful wizard exploits an old prophecy to divide the Chosen. When the Pack is asked to investigate the twenty-five-year-old mystery, Tasia is drawn deeper into a past that risks raising the suspicions of the very Chosen she hides from. As danger closes in on her, Tasia must decide who to trust with the deadly secrets she guards.

Nadaness In Motion has also done an exclusive interview with Petra. Below are a few questions and answers to introduce you to the series. You can also check out the full interview and an excerpt from The Prophecy here.

Q: What or who are the "Chosen" in your book series?
PL: The Chosen in my books are Magicks – beings with power who have lived amidst humans since the beginning of time. I do plan one day to explore the origins of the Chosen and how they came to live amongst the humans.
Many of them possess great power and as we all know, with great power comes great responsibility. Unfortunately, the Chosen continue to be divided by rifts and factionalism, some centuries old. They agree on one law – that no Chosen can ever allow the secret of their existence to be revealed to the humans. They call this their Supreme Edict and their leaders enforce this under the penalty of death. There have been many attempts to foster greater co-operation between them, the last attempt twenty years ago before the story of Saga of the Chosen begins.
A Council of Chosen was formed with four seats to represent the four main Chosen factions. The Council has helped open communications between the leaders of factions but not much has changed at the grass roots level. The story explores what happens when one of their own - a powerful wizard - threatens to exploit the schisms between the Chosen for her own ambitions. When the Chosen slowly awaken to the danger that threatens their kind, can they forget centuries of animosity to come together to face this threat or will she succeed in driving a deeper wedge between them?
Although set in a fantasy world, it is a story that we see play out in the real world so often. Quite depressingly so, in my opinion. I’ve always found it fascinating how different people react to the same life-changing event. Some are willing to let go of their life-long beliefs to come together for a common good while others tend to cling to their dogma stubbornly.

Q: You have many species in your novel, did you have them in mind from the start or did you add some as the story progressed?
PL: The fantasy world was very clear and vivid in my imagination when I started writing the story, down to the last detail. The world and the characters that populate it are very integral to this story since the different factions of Chosen and their historic inter-dependence and conflicting ties and loyalties to each other play a crucial role in how this particular tale plays out. Some are willing to join hands with their enemies to work towards the betterment of their brethren while others are bamboozled into allowing their greed to override their better judgement. As the story progresses, some factions paper over their internal differences to present a united front while others are torn apart by the differing philosophies within the group, leading to the weaker members being vulnerable as a high-stakes grab for power and influence over the Chosen world commences.
There are four main factions within the Chosen, each with a distinct history and set of beliefs. The wizards are arrogant and look down on other Chosen, except the Ancients whom they idolise and try to emulate. The vampires, considered an abomination by many Chosen, are obsessed with social hierarchy and isolate themselves from the mainstream. The Shifters share much with their beast forms at an elemental level – territorial, aggressive and loners except when it comes to their Packs. They have little magic but their physical abilities make them a force to reckon with. The Ancients are believed to be the descendants of the first Chosen to walk the earth and possess the most diverse set of powers.
The story begins with an incident in San Francisco when Tasia, a Chosen with secrets that force her to hide from her kind, finds herself in the cross-hairs of rogue Chosen encroaching on the city. When the local Shifter Pack, vampire nest and wizards get involved in the messy but mysterious affair, Tasia is forced to accept the Pack’s hospitality. Now, she must fight to guard her deadly secrets, navigate the politics in the Pack and negotiate with the Alpha Protector who is the only one standing between her and the wolves circling her. When the Pack gets involved in investigating an old prophecy, she’s drawn into the past. Tasia must decide whether to help unravel the threat or guard her own secrets. In essence, the larger story of the Chosen interweaves through Tasia’s journey as she goes from a Chosen more at ease in the human world to someone at the center of this investigation that might well change the course of Chosen history.

Q: You've mentioned that this is a Saga not a trilogy or Quartet, so how many parts do you have planned? And how much have you written so far?
Petra Landon: When the idea for the story first came to me, I envisioned the story as a trilogy. I’m not giving much of the story away by saying that the prophecy in the tale centers around three siblings. The idea was that each book would tell one sibling’s story and how that tied in to the larger tale of the Chosen. Most of the world and main characters were very clear in my head before I started to put it down on paper. But once I started writing The Prophecy, I realised that my inexperience had led me to underestimate an important aspect of the story. The world building in the story is quite detailed and very essential to why the characters react the way they do to various events that affect their world. The Prophecy is a little over 400 pages and that is already at the upper end of what I had envisioned for Book 1.

As a reader, I love long books myself but now that I’m on the other side, I realise that the writer must work extra hard to hold the reader’s interest and keep the story taut in such cases. That is why I’ve been very careful to not call Saga of the Chosen a trilogy because I’m not sure yet how many books the story will take to tell it the way I had originally envisioned it.
In the future, I also plan to write stories with some of the secondary characters from Saga of the Chosen and shorter standalone stories set in this universe.
To answer your second question, I have 80% of Book 2 (The Rainmaker) written as a draft. I’m toying with the idea of releasing some of it as short standalone addendums to keep The Rainmaker to a more reasonable length. 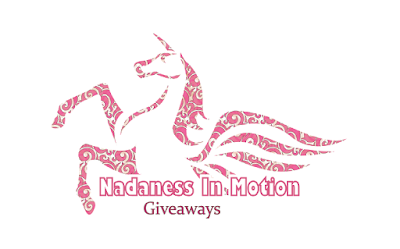 The giveaway is open internationally. So wherever you are, you can enter and we'd love to meet you!

Where to find The Prophecy? Check out Amazon | Book Page | Goodreads 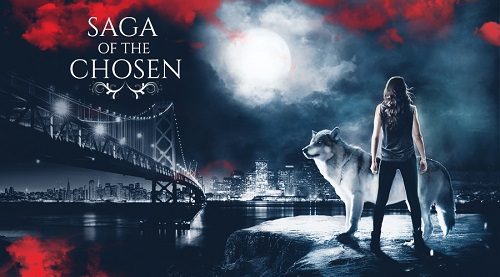