Not My Life by Bob Kat - Book Review 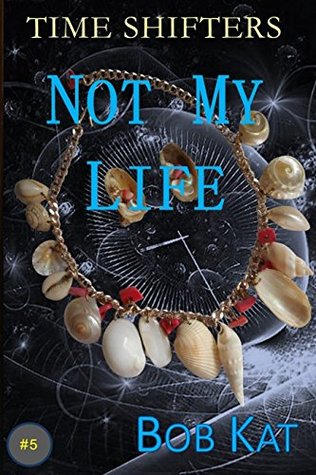 Not My Life by Kathy Clark aka Bob Kat, is the fifth instalment in the Time Shifters young adult mystery series, but can be read as a standalone.

The story begins with four teens, the protagonists of the series: Austin, Kelly, Scott and Zoey, coming back from a trip to the sixties. We are told that Scott has developed a phone application that enables the four of them to go back in time to save people. However, instead of landing in their time zone, they arrive in the right place but the wrong time, that is 1977.

Despite being frustrated with the app malfunction, they soon discover that their homeless, necklace-maker friend Dan was a prominent doctor in his early life, but had been convicted of murdering his wife and child and sent to prison.

When they return to their timeline, they seek to find out if Dan had in fact murdered his family and perhaps right the wrong that was done. They concoct a plan to go back in time to before the crime was committed and find out the truth.

"I'm out of prison, but I'll never really be free."

The characters in Not My Life are relatable and down to earth; most of them are kind and quite mature for their age, with the exception of Zoey, whom I felt was selfish and haughty. Still, she was the only voice of reason – despite the other teens' dissatisfaction and mine – always looking at the other possibility that Dan might have actually committed murder. I liked the development of Zoey's character in the novel.

I assume there was development for the other characters in the previous instalments. Still, we see some minor development for Kelly – who is quite confident and a quick-learner at whatever she does.

"This is the only thing that exists that was in my possession at the time. Take it. You might need it to prove your story to the younger me. Back then I was all caught up in academia. If it couldn't be proven scientifically, didn't exist."

I also liked Dan's character, both old and young. I liked how he helped the four teens with their plan, even though he didn't truly believe time travel was possible.

Not My Life is fit for all ages – including middle grade, I believe – and contains perhaps one kiss and a few emotions, which is something I liked.

While there is a lot of telling and less showing, the novel isn't devoid of humour and a little imagery.
"But, you think he likes me?"
"For some unknown reason, he seems to."

The ending of Bob Kat's Not My Life made all the difference. I loved it! It was beautiful, touching and heartfelt.

Also, check out the authors' guest post on Nadaness In Motion, about the Time Shifters' series, titled "Pack Your Bags for the Trip of Your Dreams". 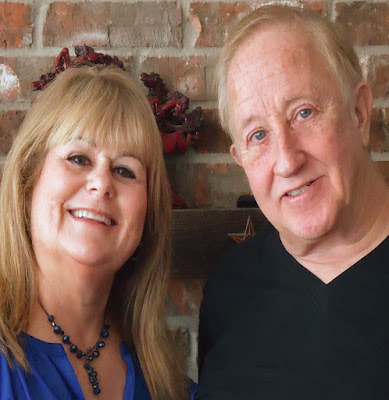 Long ago and far away (in Alvin, Texas) Kathy Clark began her career writing and performing plays for the neighborhood kids.  She charged a nickel, but the attendees got a free bottle of ice cold Coke along with their entertainment.  Flash forward a few years and Kathy Clark still loves telling stories.

She started writing solo for such publishers as Harlequin and Dell.  In 1993, she met and married her prince charming, and after his career as a business executive, he became her co-writer.   Together they have had fourteen books published, bringing her total to thirty-seven.  Their books are about real people caught up in unexpected and extraordinary circumstances, and just happen to fall in love in the process…just like Kathy and Bob did!

They currently live in Colorado Springs near their five sons. When they’re not plotting their next book on what they call their Authors’ Deck with a glass of wine, they love to travel to far-away places…always together.

NOT MY LIFE is #5 in the Time Shifters YA romance/time travel/mystery series.  The first four books have won numerous Readers’ Favorite and other awards.

Our latest adult romantic suspense series, Austin Heroes had book #2 ALMOST FOREVER released in July and book #3 ANOTHER CHANCE to be released in November.  We are currently working on a new adult romance series called Breathless that is set in Cripple Creek, Colorado.

Connect with the Authors

Purchase NOT MY LIFE, and ANOTHER CHANCE on Amazon.
We love to hear from our readers and encourage everyone to leave reviews.  Add your name to our newsletter and receive updates on our books, household hints, recipes, and contests.