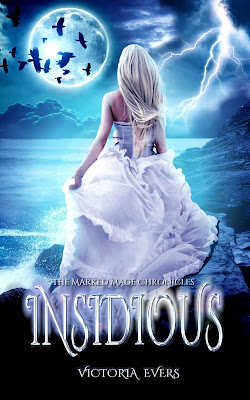 All Kat Montgomery wanted was a fun night out on the town. What she got was a death warrant. As it turns out, the quaint little hamlet of Mystic Harbor, Maine houses more than sandy beaches and adorable B&B’s. Beneath the New England charm rests a deadly world where shifters, demons, vampires, and angelic hunters all vie for power.

A world where magic is the greatest weapon.

After that one fateful night, she can feel the changes beginning to take hold of her. Only problem, she doesn’t even know what she’s turning into. With threats hiding in plain sight, deciphering the lines
between friend and foe is nearly impossible. As if things couldn’t get any worse, Kat learns her only real ally rests in the one person she can’t stand: Reese Blackburn, an insufferably handsome magician whom the town fears most.


Kat’s very soul is at stake, and destiny doesn't seem to be playing out in her favor. Can these two unlikely partners challenge fate itself before it's too late?


Curiosity got the better of me as I looked over my shoulder, only to find the last human being I ever wanted to see heading towards the back of the store. That familiar knot formed in my stomach, as it always did anytime Reese Blackburn was near. I rocked back and forth on my heels, trying my best to keep my patience in check as the old guy in front of me continued buying virtually every lottery ticket available.
Come on, come on, come on. I needed to get out of here. PRONTO.
Footsteps started making their way to the counter from the back of the store, and I immediately deflated, knowing a confrontation was now inevitable.
“Montgomery,” spoke a silvery voice directly behind me.
I regrettably turned to face the ass-hat in question, giving him my best artificial, Pan Am smile. “Blackburn.”
The guy always looked like he’d just waltzed off the set of a Tim Burton movie, and tonight was no different. He was dressed in his typically peculiar attire, sporting a gothic knee-length horseman’s jacket laced in chains, a pair of black slacks, a silk tapestry vest, and dark brogue boots adorned with skulls on the metallic buckles.
“Never thought I’d see you south of Providence Street,” he remarked in the sarcastic fashion he always saved for me. “Get lost on your way to the country club?”
“No, I was actually out looking for your heart. Should’ve known better that it’s long gone,” I retorted. “And what about you? Never thought I’d see you out in public on a full moon. Get lost on your way to your cult meeting in the woods?”
“That’s later in the evening,” he chuckled, flashing me that dimpled smile and perfect set of pearly whites. Such infectious, boyish charm seemed misplaced, considering he was stab-worthy. It really was a shame, because Reese wasn’t half bad looking.
And by ‘half’, I mean not entirely.
Sure, he had cheekbones that could cut glass, not to mention bedroom eyes so amber they looked to be stowing flames inside them, but still… Okay, okay. Even I had to admit, Blackburn was hardly an eyesore.

Even with my heeled boots, I still stood a good half foot shorter than him, but his lean frame thankfully made him less imposing.
The old guy in front of me started ordering cigarettes as well, causing my fisted fingernails to start biting into my palms. Knowing how quickly our conversations always descended into verbal smack downs, I grasped at anything I could think of to divert us back to small talk until I could move to the register.
“Did you go to the game earlier?”
Reese shrugged. “I considered it, but then I started thinking of other excruciating things I’d rather do, like have a root canal, and I decided to pass.”
“You heading to the bonfire?” I tried again. He merely cocked a brow, and I realized how ridiculous I sounded. “Oh, that’s right. You don’t do anything fun. How could I forget?”
“If you call watching a bunch of drunken idiots gyrate around and trash a field while you suffocate from smoke inhalation ‘fun,’ then yes—I don’t like fun.”
“It wouldn’t kill you to be normal, ya’ know.”
“Maybe, maybe not. Haven’t tried it.”
“So, Mr. High and Mighty, what superior plans do you have this evening?”
“Test my alcohol limits, take off my clothes, and harass innocent bystanders.” He thumped the side of his head. “Oh, wait a minute. No, that’s your friends.”
“At least I have some.”
He stole a look outside and leered. “With friends like that, I consider myself grateful that I don’t.”
“Bite me.”
“I probably shouldn’t. Wouldn’t want to get rabies.”
“I beg to differ. Foaming at the mouth would probably be an improvement for you. Anything to get you to stop talking.” 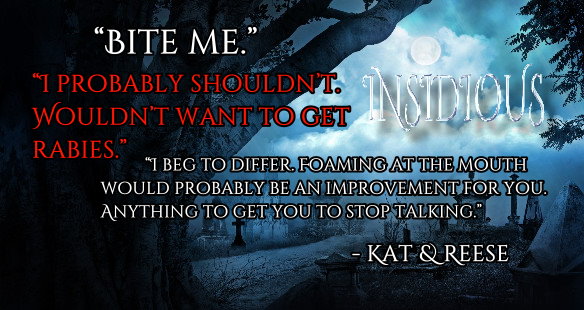 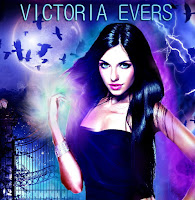 VICTORIA EVERS is a debut paranormal fiction writer who feels really awkward referring to herself in the third person....
When she's not vacationing in Narnia, you’ll probably find her reading, watching horror movies, spending time with her AMAZING family, or daydreaming
about the newest story in her head. 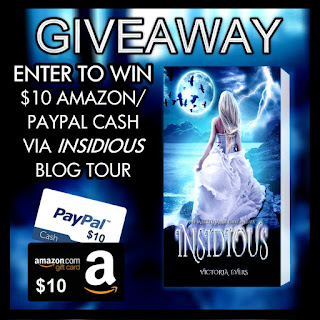