Contemporary romance Dreams of Her Own by Rebecca Heflin - Book Review

Dreams of Her Own by Rebecca Heflin is the third and final instalment in the Dreams Come True Series. This time, the story revolves around Millie, an assistant to best-selling romantic author Darcy Butler.

Once I started the book, I couldn't put it down and once I finished it, I just wanted to start it all over again! 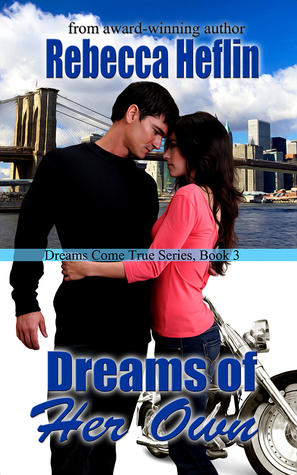 Full of events, the first chapter in Dreams of Her Own introduces Millie and her soon-to-be crush, Ian. I particularly like how Heflin introduces the reader to Millie.

"Lists were her life. They provided organisation, structure and a sense of accomplishment. She loved ticking things off her list so much that if she accomplished something that wasn't on the list, she'd write it down just so she could have the pleasure of marking it off."

I totally related to Millie in the lists and marking part. There were many times that I felt Millie was like me; although her series of unfortunate events were too much for a single person but believable for a book.

From the first chapter, we see how Millie views herself, no self-appreciation whatsoever, and Ian's reaction to hearing her voice for the first time. Total contrast and comedy, especially for the reader.

Also, in the first chapter, Ian rescues Millie from a truck running a red light. After the chapter is over, the reader realises that Millie and Ian will meet again soon but under different circumstances, making the reader all tingly and excited.

"He'd saved her from becoming another pedestrian versus motor vehicle death statistic."

Millie prefers to be invisible. Although of high intelligence, she is socially awkward. Her experiences in school and in life have prompted her to wear all brown to "blend in" and avoid being noticed.

"A twinge of guilt poked her. Not for eavesdropping, but for doing to Ian what people did to her: judging a book by its cover."

Heflin makes great use of the setting through her description of Darcy's house, the interior decorating. Her use of conversations between Darcy and Ian also gives the reader a closer view of the setting. I liked that technique.

Dreams of Her Own is full of beautiful imagery and quotes. It is also full of comedy and silly situations that happen to no one but Millie. It cracked me up and made me want to give her a hug.

"She'd never been so close to a man before. Unless you counted rush hour on the Brooklyn-Queens Crosstown."

Millie is an overall quirky character, with a big, loving and caring heart. The moment things may progress between her and Ian, Darcy and her friends immediately take it upon themselves to make sure she's ok, even if that means giving Ian a clear warning "not to hurt her."

One of the techniques Heflin used was other characters' description and thoughts of Millie: "She resembled some prim, uptight spinster from a gothic novel."

"She was one big accident waiting to happen."

Both Millie and Ian have troubled pasts. Millie was neglected, while Ian suffered from abuse in addition to his dyslexia, which he hasn't shared with anyone except the family who took him in after his mother's passing.

I like how Heflin gives Darcy, the protagonist in the first instalment in the series, and Laura, the main character in the second book, roles to play in Millie's life. It also gives a sort of connection and progression in the series.

Millie's curses are hilarious and all literature-related. "Hamlet and Ophelia!" "Catherine and Heathcliff!" "Friar Tuck!"

The chapters just flowed and the pace was quick and enjoyable. Millie witnessed major character development both inwardly and on the outside. Ian's character too developed into a better understanding of others. He learnt that he needed to trust others more, especially with regards to his dyslexia.

I finished the book in two sittings, although I could have finished it in one if it weren't for personal commitments. Although the third in the series, Dreams of Her Own can be read as a standalone.

Dreams of Her Own is a quick-paced contemporary romantic comedy, not devoid of steamy encounters, especially as Millie begins to learn more about sex, a topic she's only read about in romance novels and educational books. A must read by all means, although for ages 18 and above.

"She wore her mantle of brown as he wore his mantle of tough."

Note: I received a free copy of Dreams of Her Own in exchange for an honest review.

Check out my reviews of Dreams of Perfection (Book 1) and Ship of Dreams (Book 2) in the Dreams Come True Series. Each of these books can be read as a standalone. 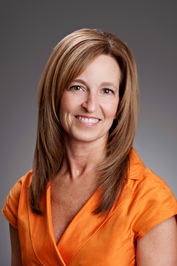 Rebecca Heflin is an award-winning author who has dreamed of writing romantic fiction since she was fifteen and her older sister snuck a copy of Kathleen Woodiwiss' Shanna to her and told her to read it. Rebecca writes women's fiction and contemporary romance. When not passionately pursuing her dream, Rebecca is busy with her day-job as a practicing attorney.
Rebecca is a member of Romance Writers of America (RWA), Florida Romance Writers, RWA Contemporary Romance, and Florida Writers Association. She and her mountain-climbing husband live at sea level in sunny Florida.