Twenty-five men and women were accused.
Nineteen hung to their death on Gallow Hills.
One suffocated under bone-crushing stones.
All believed to possess the power of witchcraft. 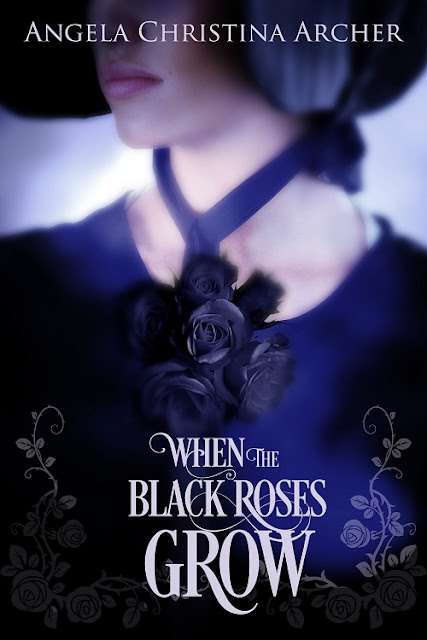 In 1692 the fear of witchcraft is spreading around Salem Village. While those who are accused and sentenced face death, everyone else faces the risk of accusations placed upon them.

As Emmalynn Hawthorne, the daughter of a woman hung for witchcraft, places a bouquet of flowers upon her mother’s grave, a circle of black roses sprouts out of thin air. Dark magic, the roses strike fear through her heart when Mary Pruett and the handsome newcomer, James DeKane, spy upon her as they pass along the traveling road. Emmalynn flees and her panic soon turns into terror as another vine of black roses sprouts and grows throughout the inside of her home. Is she a witch? Will she be the next accused?

James DeKane has secrets of his own—ones that could prove deadly for him and anyone he holds dear. At fault for the untimely death of his parents, he must protect his hidden brother and dying sister, all while fearing that the haunting prophecy bestowed upon him at birth will come to pass. Desperate and fighting the monster deep inside of him, he’s searching for the one love who can alter his destiny.

When the Black Roses Grow by Angela Archer is a romantic historical fiction novel with a hint of the paranormal set during the time of the Salem witch trials.

From the start, the reader is aware of the injustices plaguing Salem, particularly with the regards to the trials persecuting so-called witches.

I liked how the author kept me wondering if the book has actual paranormal events until the end.

"Suddenly, another stem sprouted before my eyes. In contrast, my limbs grew numb… My mind whirled, lost in a sea of unexplainable reasons and sheer terror, while the green vine curled through the air, and the leaves bounced and waved. Shadows closed in, hunting as they preyed on the pain pulsing through the deepest fears of my mind."

Emmalynn Hawthorne, the protagonist, is a rebellious character, for a woman during at the time. She often speaks before she thinks, although there are many other times in which she does her best not to retort. As a character, Emmalynn is quite relatable. Her struggle with sin versus love and desire is real, strong and down to earth.

"I care not for the judgements of anyone in Salem."

The sheriff later discovers that Emmalynn is both smart and has this rebellious side. 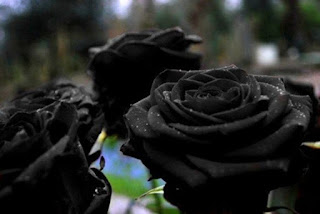 There is also the mysterious character of Mr. Dekane, whom Emmalynn secretly admires, and whom we meet bit by bit but cannot understand his true intentions.

"Contrary to what other men think, Emmalynn, I do not believe that women are the Devil's instruments. I believe they are wonderful creatures that should not be provided for but cared for."

I appreciate Archer's attempted use of archaic language such 'thee', 'thou', 'thine', to accentuate the historical feel of her fiction. However, there were a lot of inconsistencies throughout When the Black Roses Grow, which irritated me. There were also many times that I felt the language is modern but with an archaic word or two wedged in here and there that just did not work out for me.

One of the lines that I just couldn't imagine being said at that period – around 1692 – is "Hath a seat." It's modern with an old use for "have".

There were many beautiful lines, quotes, and images throughout When the Black Roses Grow. Here's a reflection by Emmalynn:
"One can only be strong before strife consumes, breaking the ties that bind them and keep them tucked away from all around. My strength wavered every day, but today felt different. Today, the pain overwhelmed me more with the ever-present conflict of casting the façade that nothing perturbed me. That I lived a happy life in a town I loathed. That I did not wake every morning with the gut-wrenching feeling of loneliness."

At the beginning of the novel, we are introduced to two strangers whose skin is very white. The warning: "Beware of the white colourless people for they are the devil and will devour thy soul" is reminiscent of an old wives' tales.

Emmalynn is a fairly well-developed character; still, there was some character development towards the end. Despite the significant amount of sobbing, she becomes aware that her weak look/appearance, makes the sheriff and the deacons even viler. "I would not allow them to drag me to my death. I would walk to it."

Another thing I liked about the book is the Archer's ability to show through speech.

Overall, When the Black Roses Grow would have received a 4.75-to-5-star review from me if it weren't for the attempted use or rather misuse of archaic language. Still, it is highly recommended.

Note: I received a free copy of When the Black Roses Grow from the author in exchange for an honest review.

Purchase the book via Amazon and B&N
Add the book on Goodreads.