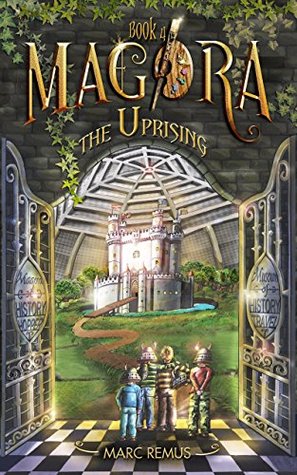 Magora is a world that four children travel to through a painting. The main character Holly is accompanied by her three friends: Rufus, Amanda, and Brian.

The book begins right in the middle of a calamity. The Smoralls who adopted Holly several years prior are in a row and Ms. Smorall, who has always hated and mistreated Holly is begging the little girl to run.

Prior to this event, Holly had thought the Smoralls were ordinary people. But in Magora: The Uprising many secrets are revealed and many more questions arise.

"Why did all of this have to happen? Why did Grandpa Nikolas build a world that would fall apart?"

Suspenseful, the book barely allows the reader a quick breath before new events and troubles occur.

As the books progress, we see each of the characters develop in their own way. In the fourth book in the series, Holly has several hurdles and responsibilities thrown at her and she handles quite well. We see her, even at the age of 14, grow wiser and smarter. She is also creative, thoughtful, and kind.

When we last left Holly in book three, things were a mess in Magora, with the Unfinished increasing in numbers and attacking the island.

The Unfinished are incomplete people or animals that need blood in order to be completed. Otherwise, they would suck a person in front of them dry just to reach completion.

In Magora: The Uprising, the Unfinished have multiplied in numbers, destroying places and are raging to kill people in order to be finished. We also learn that they are controlled by the Duke of Cuspidor, an illusive villain who has been trying to trap – and may be murder – Holly since book one.

One of the things I liked in the fourth book was the new side to Amanda that Remus gives his readers. In first book, I felt that Amanda was a love-hate kind of character, more hate and less love, because she was rude and haughty. But in Magora: The Uprising, we learn more about her and her family and why she acts the way she does. There is an embedded social comment in there.

"I thought that by bullying people, I could make them do what I want, and they'd be nice to me."

In book four, we also learn more about the Woodspeople, a species of people who came to Magora at some point but are believed to be extinct. (Book 5 is called Magora: The Woodspeople)

I liked Remus' take on bookworms, which in Magora are real worms.
"Bookworms react to people. They were bred to sense if the book can help a person or not."

Overall, Magora: The Uprising is a must-read; I'd recommend you at least start at book two – although starting the series from book one would allow you to connect things better.

It's fast-paced, suspenseful, exciting, and most importantly magical with lots of creativity from both the characters and the author.


Check out my book reviews for the previous book in the Magora series. 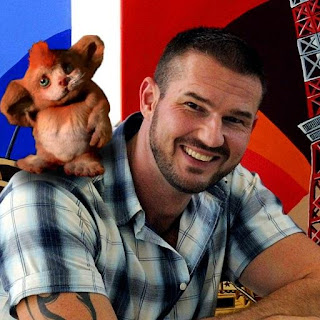 Magora: The Gallery of Wonders is currently under translation to both German and Spanish.
Posted by Nada Adel at 11:21 PM