Magora: The Bridge in the Fog by Marc Remus – Book Review

"Creativity is as blurry as the line between fantasy and reality. It is not written in stone." 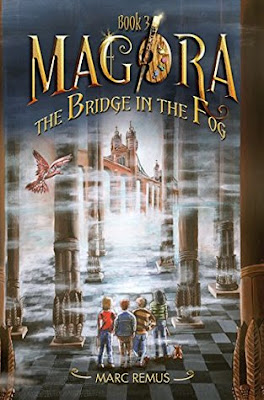 The Bridge in the Fog has a darker and eerier setting and feel as opposed to the first two books. Once again, Holly and her three friends Brian, Rufus, and Amanda, go back to Magora, world of art and painting and where they attend school. They travel to Magora through a painting.

There are several ideas running through the story. Holly, a Gindar, which is like a bloodline for master painters, wonders if the evil Cuspidor, an unfinished Gindar, is her father. It scares her but it seems she is not the only one thinking that. Other students in her school have the same thought.

Unfinished are paintings that were left incomplete by their artists, which means they roam in the form of pencil lines and need blood to become 'finished'.

"If a painter makes up something exclusively from his mind, it is creativity in its purest form."

More questions arise about Holly's grandfather, Grandpa Nikolas, who was the reason she had discovered Magora in the first place. Even though he had passed away, Holly learns that he may have created doubles from the real world, so she goes in search of her grandfather's double.

Magora: The Bridge in the Fog flew, rather than flowed, at a much faster pace than its predecessors, with tons of twists and turns. It was an absolute thrill! And I loved every bit of it!

In his newest instalment, Remus adds expands his cast of characters and races, adding more to the world of Magora and increasing the mysteries. 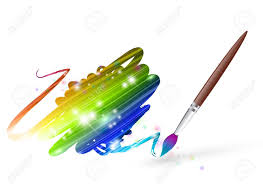 There were parts in the book when I was literally mumbling to myself "No Way!" and pretty much addressing the author in my mind. There were times when I was gaping and rereading parts just to be sure I read correctly. It looks like Remus has got lots of tricks up his sleeves and I can't wait to get my hands on the remaining three books!

The Bridge in the Fog is about a hundred pages shorter than books 1 and 2, and the pace is much faster.

As with the first two, Remus adds notes or quotes about art, writing, and creativity at the beginning of each chapter. The reader is still unsure who is saying these words, or whose thoughts they are, Holly's, the author's, or someone else entirely. It is worth noting, however, that these quotes take on a more personal aspect in Magora: The Bridge in the Fog.

Holly's self-doubt continues in the third instalment. Even though she is certain now that she is a Gindar, she still doubts her artistic abilities and herself in general. This aspect gives the protagonist a lot of realism, and makes the reader connect with her.

I was hoping to see more of Brian, the sarcastic one in the group. I liked his creativity. He always makes me laugh.

I haven't felt a thrill for a series in a very long time, not since the Harry Potter books were still in the publishing process.

With Magora: The Bridge in the Fog, you won't be able to put it down! Trust me!

(Note: Book 4, titled Magora: The Uprising is coming sometime this fall. Who knows, may be October? I have my fingers crossed!)

In 2017, I've read the first three books in the Magora series and I look forward to reaching the fourth.

The Magora series has so far won 12 awards! I can bet on more to come.

Check out Nadaness In Motion's book reviews of Magora: The Gallery of Wonders (book 1) and Magora: The Golden Maple Tree (book 2)