Today, I'm featuring a spotlight for A Sparrow Alone by Mim Eichmann.

This is post is part of a blog tour with TheWriteReads. 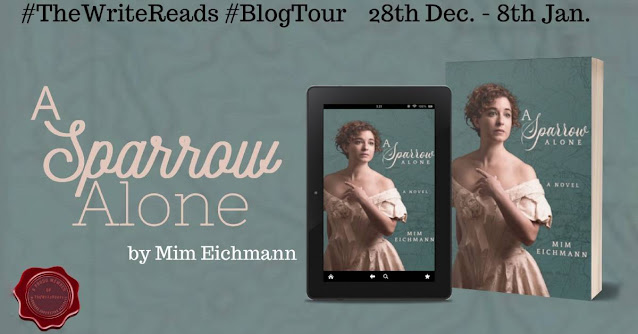 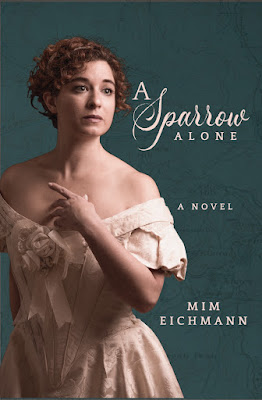 When the doctor declares bankruptcy and abandons his family to finance his mistress Pearl DeVere's brothel, however, Hannah is thrown into a vortex of gold mining bonanzas and busts, rampant prostitution, and the economic, political and cultural upheavals of the era.

Two of Cripple Creek's most colorful historic characters, Winfield Scott Stratton, eccentric owner of the richest gold mine in Cripple Creek, and Pearl DeVere, the beautiful madam of The Old Homestead, come to life as this old-fashioned, coming-of-age saga unfolds, the first of two historical fiction novels by debut author Mim Eichmann -- a tribute to the women who set the stage for women's rights.

Sparrow Alone has a current average rating of 4.4 stars on Goodreads (4.8 on Amazon) and has already been reviewed by some bloggers in the TheWriteReads gang. Check out @GinaRaeMitchell’s 5-star review on Goodreads. 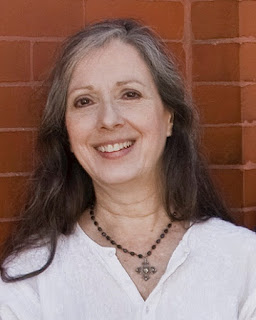 Mim Eichmann has found that her creative journey has taken her down many exciting, interwoven pathways.  For well over two decades she was known primarily in the Chicago area as the artistic director and choreographer of Midwest Ballet Theatre and director of its home, Midwest Ballet Academy, bringing full-length professional ballet performances to thousands of dance lovers every year and was the recipient of many arts’ programming grants.


A desire to become involved again in the folk music world brought about the creation of her acoustic quartet Trillium, now in its 15th year, a folk band well known for its eclectic repertoire performing throughout the Midwest that has also released four cds.  She’s also written the lyrics and music for two award-winning original children’s cds, “Why Do Ducks Have Webby Toes?” and “Wander Down Beyond the Rainbow” and occasionally schedules concerts of her children’s music and movement programs.

Always captivated by the writings, diaries and journals of late 19th century women, as well as that era’s economic, social and political upheavals, Ms. Eichmann has now put pen to paper and the historical fiction novel she has been passionately researching, its rich synopsis gradually evolving over many years, has finally become a reality.  We hope you’ll enjoy A Sparrow Alone and its sequel Muskrat Ramble.