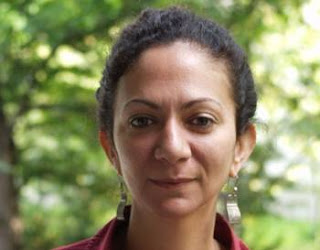 Samah Selim is an Egyptian scholar and translator of Arabic literature into English. She studied English literature at Barnard College and earned her BA in 1986. She obtained her PhD from Columbia University in 1997.

Selim is the author of The Novel and the Rural Imaginary in Egypt, 1880-1985, which was published in 2004.
She is currently working on translating Egyptian novelist Arwa Saleh's Al-Mobtasaroon (المُبتسرون) with the tentative title of The Stillborn.

Samah Selim is the first person to win both the Banipal Prize and the Arkansas Prize for Arabic literary translation.

Q: How do you decide what to translate?
Samah Selim: First the text has to speak to me in a very deep way, usually in a combination of political and aesthetic languages that grab me and won’t let go. Second I have to feel that the text will serve a particular purpose, or set of purposes, in the target language. I want to be able to take the target language reader on a voyage of discovery, learning and pleasure similar to my own when I read the text in the source language. Finally, I have to be confident that I’m up to the task of translating that particular text; that its music, style and language are not entirely outside the reach of my own way of wanting to make sentences and cadences.

Q: What is/are your favourite genre(s) to translate?
SS: Fiction, but lately I have been doing more non-fiction because I feel there is a great need for it. There is so little Arabic non-fiction translated into English. There should be much more. Also, I’ve recently discovered the great pleasure of film subtitling. I’d like to do more of that in the future.

Q: What is/are your least favourite genre(s) to translate?
SS: Poetry, because I’m so bad at it!

Q: Can you give readers a brief about your book The Novel and the Rural Imaginary in Egypt, 1880-1985? 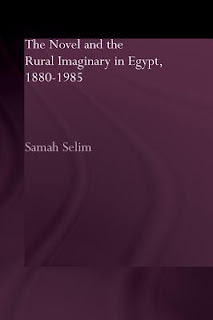 SS: The book was based on my doctoral dissertation. So much 20th century Egyptian fiction is about the countryside and the village, and I wanted to figure out why. I was also very interested in the way the novel as a genre came into the modern Arab, and specifically Egyptian, literary tradition. Many of the earliest Egyptian novels were about a kind of nostalgia for the village and the peasant way of life, and this theme persisted well into the 20th century.
The book is mostly about how and why Egyptian writers used this theme in their work, how they used it to create very different images of the nation and of modernity, both socially conservative and radical, over the course of the century.

Q: It's been over 10 years since you wrote your book, would you consider writing a new one? What would it be about?
SS: I’m almost finished writing a book on the translation of popular 19th century European fiction into Arabic in Egypt at the very beginning of the 20th century. The tentative title is The People’s Entertainments: Translation, Fiction, Culture in Colonial Egypt.

Q: Translating for 10 years, have your translation techniques or your views regarding the way you handle translation differed over time?
SS: Not really; it never gets easier.

The Translation Process and Publication:

Q: How many drafts to you usually end up with per book before you get to the final version?
SS: Lots.  Maybe four of five. 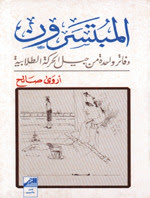 Q: How do you describe The Stillborn in terms of translation difficulty? Apart from the title, what other difficulties in translation have you so far encountered with this book?
SS: Arwa was not a stylist, and did not, like most Egyptian writers, then and now, have the benefit of an editor. Her sentences are long, convoluted and sometimes chaotic, but interestingly, this feature of her writing is part of its power and intensity. Parsing her sentences into an English that will make sense to the reader while preserving that rushing power and intensity is sometimes quite difficult.

Q: You said you will have to do a lengthy introduction for The Stillborn, does that mean you will write the intro first or translate the book itself first?
SS: The translation comes first. The after-energy of the translation process itself will be an important part of writing the introduction, and I intend to write about the process, and my relationship to the text as well.

Q: With novels, authors go to beta-readers and book reviewers, what about translators? Who do they go to before and after the final version is published?
SS: Friends, editors, and book lovers first and last. A good friend will read and comment. A good press will take proper care of distribution and reviewing. Word of mouth, social media, and blogs and bloggers are also very helpful.

Q: Copyrights, how are those handled when it comes to translation? (Can someone simply attempt a translation and publish their outcome online for instance?)
SS: This is a very interesting subject. The Berne convention stipulates that copyright goes into the public domain fifty years after the death of the author. Some countries have longer periods (70 years in the US for example). So technically, if the text in question does not fall into these time-frames, then no, a translator cannot simply translate and publish it online or in any other format. However, the rules of ‘fair use’ might give translators some leeway as to what and where they can publish.
In the normal course of things (living, or recently deceased authors), the press which contracts to publish the translation will acquire the translation rights to the text from the author, his/her heirs or the original publisher of the work.  The translator should request (and receive) copyright of his/her translation of the work, and this is legally established through a clause in the translation contract. What this means is that while the press has the right to market, sell and distribute the translation for the period stipulated in the contract, they do not own it and cannot resell it to another entity without the translator’s consent.

Q: Who do literary translators need to go to in order to get their translation published?
SS: S/he needs to do some research about the presses out there that publish translated fiction, their areas of specialisation, what their list looks like, their distribution record, etc. Then s/he contacts individual presses to gauge interest in the project in question. Interested presses will usually ask for a synopsis of the work, a description of why it is important, and at least one sample chapter. Grants and award competitions for translations are also an option. The US National Endowment for the Humanities for example has a generous grant for (published translators), as does PEN. The University of Arkansas gives an annual award for unpublished Arabic to English literary translations which are then published by Syracuse University Press. I’ve noticed that more and more of these types of grants and awards have been popping up lately.

Q: Is there anything else you'd like to add?
SS: Yes, about a ‘goal’ and a pet project that I’d like to attempt one day. First I’d like to start learning how to translate in reverse; that is, from English to Arabic. Second, I’d like to write a novel in both English and Arabic that would be ‘translated’ simultaneously to the writing process and be produced as a collective or co-authored work in both languages.

More about Selim:
Translations and Awards

- Neighborhood and Boulevard: Reading through the Modern Arab City by Lebanese writer Khaled Ziadeh.
- Jurji Zaydan's novel Shajarat al-Durr
- Mohamed Makhazangi's Memories of a Meltdown: An Egyptian Between Moscow and Chernobyl.
- Yahya Taher Abdullah's The Collar and the Bracelet.
- Her most recent translation is Egyptian novelist Miral Al-Tahawy's Brooklyn Heights (end of 2011).

In 2011, Selim won the Arkansas Arabic Translation Award for her translation of Jurji Zaydan's novel Shajarat al-Durr, based on the life of the Mamluk sultana. She also won the Banipal prize for Yahya Taher Abdullah's The Collar and the Bracelet.
Posted by Nada Adel at 11:43 AM