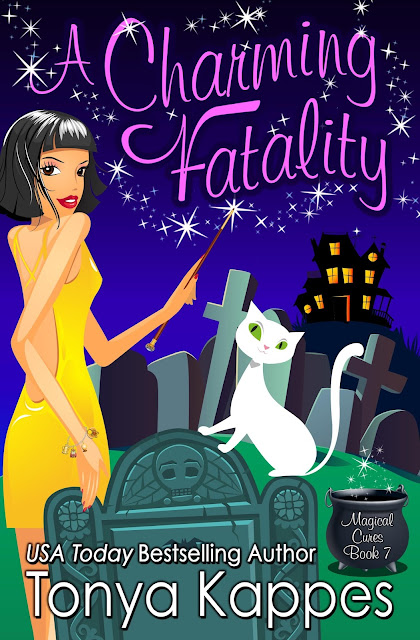 A Charming Fatality is the seventh instalment in The Magical Cures Mysteries by Tonya Kappes. Spiritualist-witch June Heal, who owns a small cures shop in Whispering Falls, is on her way to see one of her products sold outside her village, which is depending on her sales to boost its own economy. Whispering Falls is village of witches, each owns a shop that caters to their powers and abilities.

June, owner of A Charming Cure, senses her customers' troubles and designs the perfect lotion, cream or potion for them. Tiffany, a customer who came in during Christmas, sees June's stress-free lotion as the saviour to her business, Heat To Toe Works. However, problems arise on June's first day and soon after, Tiffany's husband and co-owner of the business is discovered dead on June's product belt at the factory.

Although the book is the seventh in the series, each can be read as a standalone. In the opening scene, I felt I was bombarded with the characters from Whispering Falls and their shops, which I thought could come in later because I would never remember who was in charge of what.

There are several plot lines in the story. There is the murder-mystery, June's upcoming marriage to Oscar, which doesn't seem to be going as smoothly as it should, and a break-in and theft in June's shop.

June, along with her cat or fairy god-cat Mr. Prince Charming, stick their noses in the murder mystery to find out who is bent on stopping June's project and dream. Meanwhile, June's and Oscar's aunts are working hard to get a date set for the wedding, thus, pressuring June.

At one point, we discover that the marriage is an arranged one, giving June doubts. Both her parents are gone, so she starts to suspect if she's been tricked into falling in love with Oscar.

A Charming Fatality is a fast-paced cozy magical-mystery novella. It's my first mystery in the paranormal genre.
There were parts, especially regarding June and Oscar's relationship that I didn't feel much, or felt they could be improved but the overall mystery, clues and resolution are absolutely five stars.
Kappes skillfully leads her readers across a wide range of suspects, only to unfoil something – or someone – else entirely at the end and that was a well-done job for me.

The novel is narrated in the first person from June's perspective and we get her emotions, worries and hopes. It is clear she is caring and the whole Head To Toe Works move is stressful for her, not only because she wants to help people, but because she feels that she needs to help her village's economy; it is the first time anyone from Whispering Falls receives an offer to go out into the mortal world.

In terms of comic relief, A Charming Fatality is generally light. There was a scene with two sisters and an ostrich that was really funny but totally out of place in terms of tension-and-relief.

Overall, A Charming Fatality was a quick, different and enjoyable read. Although not everything clicked with me, I truly enjoyed how Kappes unfoiled the mystery and ended the story and that's the most important aspect of a mystery; a good-crafted one. 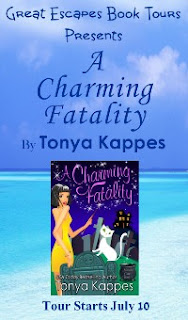 Note: I received a free copy of A Charming Fatality in exchange for an honest review via a blog tour with Lori's Great Escapes Book Tours. 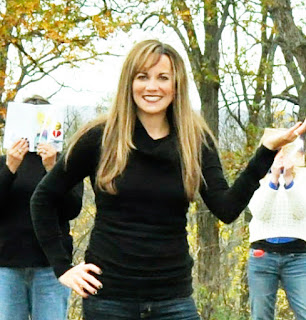 Tonya has written over 15 novels and 4 novellas, all of which have graced numerous bestseller lists including USA Today. Best known for stories charged with emotion and humor, and filled with flawed characters, her novels have garnered reader praise and glowing critical reviews. She lives with her husband, three teenage boys, two very spoiled schnauzers and one ex-stray cats in northern Kentucky and grew up in Nicholasville. Now that her boys are teenagers, Tonya writes full time but can be found at all of her guys high school games with a pencil and paper in hand.
Become a member of Tonya's STREET TEAM! It's a gathering place of readers who love Tonya Kappes novels and Tonya gives away prizes! To sign up for Tonya's STREET TEAM, newsletter, view book trailer, and upcoming news, check out Tonya's website.
Find Tonya on Facebook, Twitter, and her Website.

Buy the book via Amazon.