Muse Alexandra has had it with the arrogant, ungrateful humans she is obligated to inspire. When the internal ranting of her latest charge pushes her past reason, she disregards the rules and forces her own words through his fingers, and is instantly entrapped in mortal form. With no magic, no identity, and no resources, Allie has no alternative but to navigate the mortal realm, depending entirely on her reluctant host while discerning what exactly caused her transformation — and how to reverse it.
Brett doesn’t have a chance to consider the words that mysteriously showed up on his screen; he’s too distracted by the stunning woman who appeared in his office out of nowhere. Before his brain can catch up, Brett’s uninvited guest becomes enmeshed in his everyday life. Her artless innocence gradually lessens his suspicions. Most importantly, the writer’s block that’s been plaguing him dissolves under the fantasies the naively beguiling Alexandra inspires.
All too soon, the forced proximity sparks a confounding awareness neither writer nor muse are able to resist. 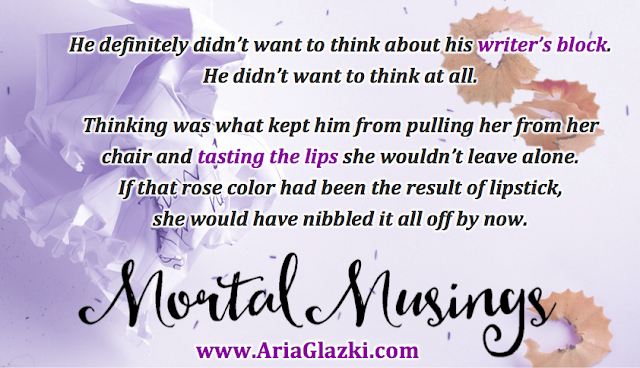 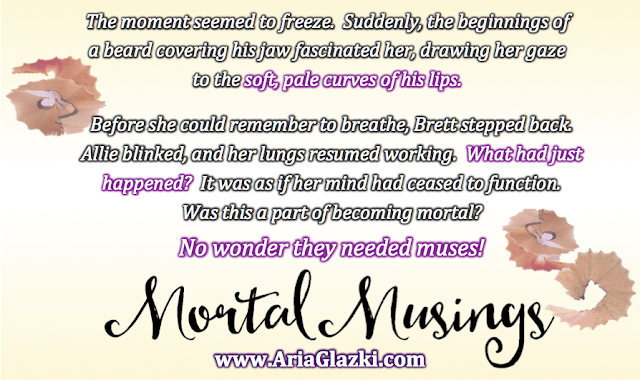 Aria’s writing story started when her seventh-grade English teacher encouraged her to submit a class assignment for publication. That piece was printed, and let’s just say, she was hooked!

Since then, Aria has run a literary magazine, earned her degree in Creative Writing (as well as in French and Russian literatures), and been published in a few collections. Though her first kiss technically came from a bear cub, and no fairytale transformation followed, Aria still believes magic can happen when the right people come together – if they don’t get in their own way, that is.
Other than all things literary, Aria loves spending time with her family, including her two unbearably adorable nieces. She also dabbles in painting, dancing, playing violin, and, given the opportunity, Epicureanism.