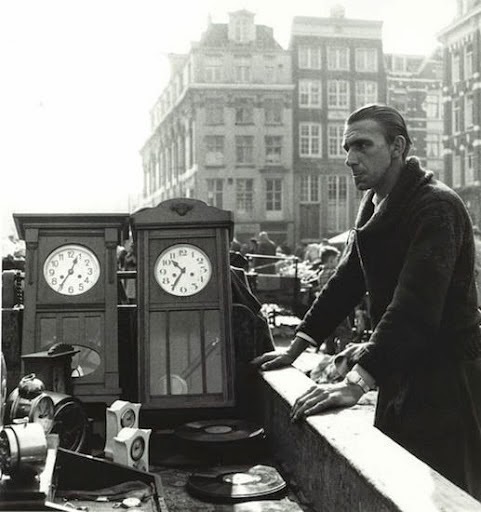 When he opened his eyes, the music continued to play but its echoing mechanical ticks and tocks were lost in the hustle and bustle of the surrounding streets; they were lost in time and space.

With one last look, he left the stacks of clocks lying about on the side of the street.