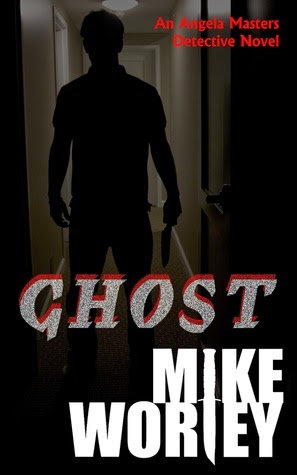 Ghost by Mike Worley is part of the Angela Masters Detective Series and it is my second read for Mr. Worley. Ghost precedes Entitlement, and though I was familiar with the characters, I felt Ghost gave them more depth especially the lead detective/protagonist Angela.

Ghost opens with the rape and murder of Amanda Jensen. Despite their best efforts, detectives Angela Masters and Julie Phelps exhaust all their leads and the case stays open for almost a year, until finally a new lead appears.

In Ghost, we see a lot of character-background, which helps the reader form a better picture of each character. The pace of the novel is not as quick as Entitlement, since the case stays open for a while; nonetheless it is not a bad pace since it is divided into 46 short.

Since the novel is set in 1986, DNA-testing is highly expensive, not unheard of but has never been used in court. It’s not as easy as seen in modern TV-series like CSI. Ghost shows how good Angela Masters is as a criminal profiler; however, she eventually realises that criminal-profiling still bears much guess work as compared to real detective work.

I must say Ghost, for me, was a quick read but was still slower than its successor Entitlement.

Ghost is an interesting crime novel with a strange but happy ending.