A Fistful of Fire by Rebecca Chastain Blitz & Giveaway 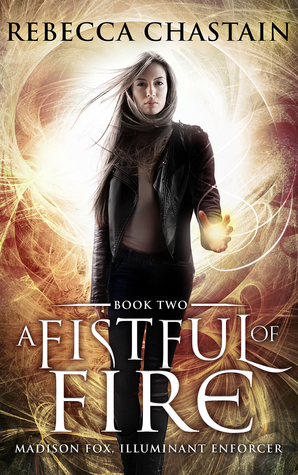 Madison Fox survived her first week as California’s newest illuminant enforcer, defending her region against imps, vervet, hounds, and one lascivious demon. If her grumpy boss, Mr. Pitt, was impressed, he hasn’t told Madison. In fact, there’s a lot her boss has been closemouthed about, including the dark secret haunting his past.
But Madison’s problems are just igniting. Neighboring regions report an uncharacteristic flare-up of evil, fire-breathing salamanders blaze unchecked across the city, and Black Friday looms. Trapped doing cleanup amid mobs of holiday shoppers, Madison watches from the sidelines as dubious allies insinuate themselves in her region.
As suspicions kindle and the mysterious evil gains strength, Madison must determine who she can trust—and whose rules to follow—before her region and career go up in flames.
Sizzling with adventure and sparking with magic, A Fistful of Fire is fused with Madison Fox’s trademark blend of humor and ass-kicking action. 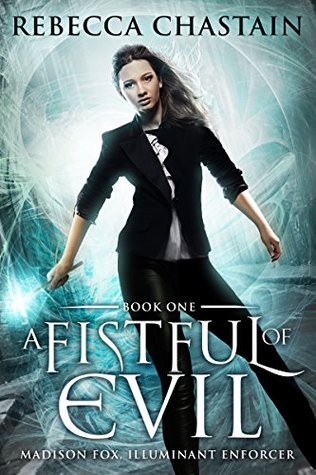 A Fistful of Evil
(Book I in The Illuminant Enforcer Series)

Synopsis:
Madison Fox just learned that her ability to see souls is more than a sight: It’s a weapon for fighting evil. The only problem is she doesn’t have a clue what she’s doing.
On the positive side, her money problems are over, she’s possibly discovered her purpose in life, and her coworker is smoking hot. On the negative side, evil creatures now actively hunt her, and deadly experiences are becoming the norm.
When she thinks it couldn’t get worse, a powerful evil sets up shop at a local hotel’s video game convention, and it’s got its eye on more than the gaming geeks: it is hungry for Madison’s soul. Madison needs to become an expert illuminant enforcer overnight to save her job, her region . . . and her life.

As part of the blitz, Rebecca Chastain is offering three ebook copies both her Illuminant Enforcer novels in a blitz-wide giveaway.

In case you've missed it, check out my 5-star review of A Fistful of Evil and my interview with Rebecca.

A Fistful of Fire can be found at:
Amazon (US).
Amazon (everywhere else) 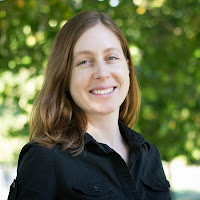 Rebecca Chastain is the International Amazon Bestselling author of A Fistful of Evil and Magic of the Gargoyles. She has found seven four-leaf clovers to date, won a purebred Arabian horse in a drawing, and once tamed a blackbird for a day. Dreaming up the absurd and writing stories designed to amuse and entertain has been her passion since she was eleven years old. She lives in northern California with her wonderful husband and two bossy cats.