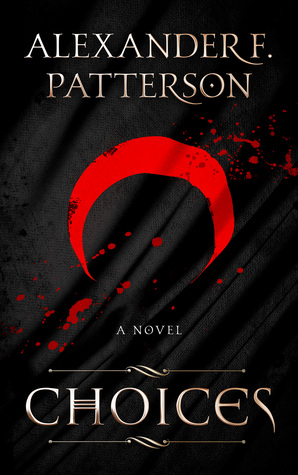 Richard Örlendr died over a thousand years ago. He lived in Norway during the Germanic Iron Age and trusted in the judgement of the gods. That is not to say he did not question them when they gave him a dragon, nor did he blindly follow their orders when they told him to go to war. But, when one god told him to kill another, Richard was unable to rely on their wisdom. He had to turn to the Norns.


The Norns guide fate. They shape it past, present, and future; however, it is not set in stone. A hero can change his fate. A hero can chose his destiny. The Norns can weave a new life, but what happens if the Norns are dead? Do heroes have greater freedom? Or are they locked into their destiny since there is no one left to weave?

History of Norge by Alexander Patterson

While the veracity of dragons and magic is still up for debate amongst the historical community, many common falsehoods about Scandinavian history have already been disproven. The word Viking, for starters, which has become a catch all name for the Scandinavian and Minnesotan population was once reserved for the event of going on a sea-based raid. Leaving the base definition behind, we come across more misconceptions. The term Viking brings to mind horned helmets and longships, but the simple truth is Scandinavia has so much more to offer than one History Channel show. While myths and tales of raids are exciting, the best facts and most interesting tidbits lay behind the glamour. The role of women in their society, for example, is fascinating. The powerful women were not all shield-maidens, as much as I love that depiction it is simply not completely accurate. Powerful women were traders, wealthy merchants, and yes occasionally fighters, but they could not be leaders. They could not attain the rank of jarl and most likely did not fight in the shield wall.
I tried to make Choices at least historically inclined. It is an alternate history after all. So, I set Choices in the year 672 CE. Why this date in particular? You ask. The answer has nothing to do with Scandinavia actually. I chose 672 CE because that is the year Greek Fire was invented by the Byzantines. I thought it was fitting since one of the main characters is a dragon. And while the time period I have for my alternate history is grounded in real history many of the details in Choices are false. My idea for Choices is that it is set in a world in which the Norse Gods not only existed, but one in which they also behaved as their Greek counterparts did.
This means many things in Choices are less than historically accurate. There are a few large picture things such as the main kingdoms Ager and Threkeld existed, but their interactions were not quite as depicted. There are also a few smaller details. The creation of marble walls did not happen. Instead, many Scandinavian people built ring forts and used wood or dirt as their primary building materials. Even the geography is not entirely accurate. I hope that will be a heads up to anyone who does not read my little **THIS IS A WORK OF FICTION** disclaimer.
I could go on for about nineteen pages on all of the things I wrote that are falsehoods, but there is not space here for that. Instead, I hope you will read this –or Choices—and decide to look into the rich heritage of Scandinavia for yourself. I promise there is so much more than our network television tells us. I highly recommend Viking Answer Lady, Hurstwic, or “A History of the Vikings” by: Gwyn Jones if you would like to know more. That recommendation is the only thing you should place one-hundred percent faith in as fact. The rest of my writings are only mostly accurate. I did not do nearly enough research to honestly call either myself a historian or this post a credible source.

On pronunciations:
I recently learned J.K. Rowling does not pronounce the T in Voldemort. I found this to be fascinating as I remember they pronounced it with a T in the movie adaptations, and as far as I have heard most everyone I know says the T as well. This got me thinking about my decision to not include a pronunciation guide anywhere in Choices. The way I see it, there are only two options in regards to a pronunciation guide. You have one or you don’t. There is not really room for a middle ground aside from having all characters talk in perfect IPA format, but this would get tedious quickly. The pro for having a guide are simple. With a guide, everyone has a set, official way of speaking. Whether or not they chose to abide by your ruling is not up to you. Just look at the GIF problem for an example of people not listening to the creator. The con for having a guide is just as simple. If in your head you always pronounce GIF like the peanut butter, then you will be disappointed to find out you are –according to the creator –incorrect.
The pro and con for including a guide are about as simple. Not having a guide offers freedom for the readers’ imagination, but it also leaves the door open for discussion and those who want a specific answer will not be able to find an official one unless the author takes her time to make a statement.
Personally, I believe the pro of not having a pronunciation guide is enough to make a decision. Books are written for the primary purpose of entertainment. There are some books with moralizing messages and some others who have education as their target, but for the most part works of fiction aim to amuse. So, with that in mind –as Choices is a work of entertainment foremost, and a hopefully starting dip into the pool of Scandinavian culture second –I leave it to my readers to pronounce the characters and places however they see fit. It is their own head after all. Please, ignore anyone who insists on a proper way to pronounce a name, and be happy with what you say.

GIVEAWAY TIME!
As part of the book blitz, there are two giveaways, the first is exclusive to Nadaness In Motion and is for ONE ebook copy of Choices by Alexander Patterson. Open internationally.
The winner will receive their copy after 17 December.


Purchase via Amazon & Barnes and Noble.