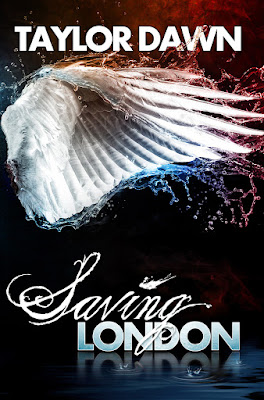 The List. That Signified Finality.
The Journey. That Would Span The Globe.
The Sacrifice. That Would Decide The Outcome.
The Choice. That Could Unleash Evil On Earth.
The End Is Only The Beginning…

“You have terminal cancer.”

London Patterson, a seemingly healthy young woman, had her entire life ahead of her. That was until four little words brought everything to a screeching halt. As the shock and grief begin to fade, London decides to map out her last year and embark on an epic journey to complete a bucket list. She wants to do the things she’s been afraid to do in her life, step out of her self-contained box, and see the world. What she didn’t expect was for a mysterious stranger named Adam to breeze into her life like a breath of fresh air.

Adam offers to help London complete her list on one condition…that she sees it through to the end. Agreeing on those terms, the two set out on an adventure of a lifetime. But London soon realizes that Adam isn’t quite…human. Along their journey odd occurrences happen that cause London to question who or what Adam is and why he’s helping her.

Follow London as she checks off her bucket list in this inspiring new Urban Fantasy novel from Taylor Dawn.

Add the book to Goodreads: https://www.goodreads.com/book/show/24894496-saving-london?ac=1

GIVEAWAY TIME
Courtesy of the author and Xpresso Book Tours, I’m hosting 1 ebook copy of Saving London. Open internationally. The winner will receive their copy after 6 July.
How to enter? Leave your name in the comments below, saying you want to win (before 30 June) and I will do a random draw to pick the winner (If you prefer a Rafflecopter widget, let me know and I’ll set it up).

What motivated you to start writing?
The main motivation that pushed me to write was my bucket list. The top item on it was to write a book. I wrote one and couldn’t stop writing. I honestly never thought that I’d have the opportunity to present my work to a larger audience than close friends and family. But I am blessed every single day because I get to do what I love and get paid for it.
Where does your character inspiration come from?
The majority of my characters are based on some aspect of my own personality. I try to make myself vulnerable enough that I can dig deep inside and pull out a character that anyone can relate to. Sometimes it works, others it doesn’t. But either way, all of my characters are like me somehow.
What do you like to do when you’re not writing?
When I’m not writing, I’m most likely thinking about writing. I’m a dreamer. I’m always trying to think up new characters, plots and scenarios for future books.
What advice would you give to someone who wants to write?
For someone who wants to write I say this…Start writing. Shut off all fear, and just do it. Don’t write to please others, write what makes you happy. Throw yourself onto the pages and people will feel that when they read your work.
What’s something personal that you’ve went through that has impacted your writing?
In my opinion everything an author writes was impacted by something that happened in their personal life. For me it would have to be my back injury. Having constant pain causes you to look for an escape in life. Writing did that for me. I was able to forget about my pain and focus my energy on something positive, writing. I chose not to surrender to my injury, I picked myself up and transferred my strength into the pages of my books.
How do you react to negative reviews of your books?
When I was self-published I literally went off the rails when negative reviews came in. It hurt me that someone would attack me like that. But I soon realized that they weren’t attacking me personally. It was just business. Not every reader will love what you put out. Some love it and some hate it. Now, I take it in stride. I use the negative reviews to better myself. I pull myself up and think ‘how can I improve?’ If you don’t think positively about it, those reviews will eat you alive and you’ll find yourself in despair while questioning if you should be doing this at all.
What types of books do you enjoy reading?
My favorite genre would have to be romance. In the harsh world we live in, the escape to somewhere with an overabundance of love is always welcome.
If you could meet any person (living or deceased) who would it be and why?
This might sound crazy, but I think I’d want to step out of my body and meet myself. I want to see what others see when they look at me.

Buy the book via Amazon and B&N 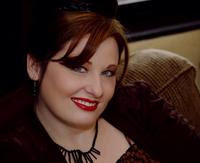 C.D. Taylor/Taylor Dawn began writing as an item to check off her bucket list. She resides in the southernmost part of Illinois, right on the mighty Mississippi river. She enjoys the quiet country life with her husband, son and the many farm animals that make up the rest of the family. She decided that farm life was just a little too mundane, so she started writing erotica and fantasy to liven things up, so far so good. C.D./Taylor entered cosmetology school right out of High School and practiced the art of hair styling for 12 years. When she isn't writing, she can usually be found sitting around a table making people laugh. She has always wanted to be a standup comic. She loves pulling practical jokes, dresses up in a costume every Halloween and believes that dancing is the key to a happy life (even if you aren't a good dancer). She believes that life shouldn't be taken too seriously, we will never get out alive anyway. More than anything, she is a kid at heart, she doesn't believe in bedtimes, eating everything on her plate, or having ice cream only for dessert. Her favorite quote is by Dr. Seuss..."Why fit in, when you were born to stand out."