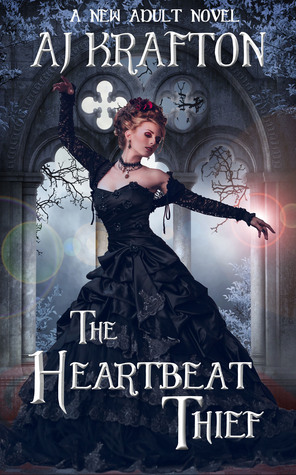 Haunted by a crushing fear of death, a young Victorian woman discovers the secret of eternal youth—she must surrender her life to attain it, and steal heartbeats to keep it.
In 1860 Surrey, a young woman has only one occupation: to marry. Senza Fyne is beautiful, intelligent, and lacks neither wealth nor connections. Finding a husband shouldn’t be difficult, not when she has her entire life before her. But it’s not life that preoccupies her thoughts. It’s death—and that shadowy spectre haunts her every step.
So does Mr. Knell. Heart-thumpingly attractive, obviously eligible—he’d be her perfect match if only he wasn’t so macabre. All his talk about death, all that teasing about knowing how to avoid it…
When her mother arranges a courtship with another man, Senza is desperate for escape from a dull prescripted destiny. Impulsively, she takes Knell up on his offer. He casts a spell that frees her from the cruelty of time and the threat of death—but at a steep price. In order to maintain eternal youth, she must feed on the heartbeats of others.
It’s a little bit Jane Austen, a little bit Edgar Allen Poe, and a whole lot of stealing heartbeats in order to stay young and beautiful forever. From the posh London season to the back alleys of Whitechapel, across the Channel, across the Pond, across the seas of Time…
How far will Senza Fyne go to avoid Death?

Add the book to your Goodreads to-read list: https://www.goodreads.com/book/show/25153751-the-heartbeat-thief?ac=1

The Heartbeat Thief is a historical fantasy that follows the journey of a girl who learned a secret that was quite dangerous for an English girl in 1860s Surrey: the secret of immortality.
As a writer, I faced a challenge. Not only was I writing a historical, but one that would span many different time periods, in various countries. What had I been thinking? : ) This wouldn’t just be a case of making up a story—this was going to involve serious research.
I don’t mind research. (In fact, writers tend to do it without even realizing it—everything we see or hear or read or experience is potential research for a book.) However, I’m easily distracted when doing Internet research. One page leads to another and another and the next thing I know I’m three hours away from my original query (but a happy, happy reader, nonetheless.)
One particular scene in The Heartbeat Thief involved Senza’s stay in Whitechapel in late 1888. You hear the neighborhood, you hear the year…you must know the story.
It wasn’t enough to research names, dates, maps of East London during the time. When I write, I hear the characters conversing in my head. Trouble is, I didn’t spend much time in Whitechapel in the late 19th century, so I needed to research the sounds of Whitechapel.
Every region has its own dialects and slang. In East London, there was a particular slang that grew amongst criminals and dodgy folk. They used the slang as code—that way, they could speak without their information being overheard by the wrong ears. Some of it was to hide vulgarity and some of it was just fun to say.
Whitechapel and Spitalfields were considered Cockney neighborhoods, so the characters we meet in The Heartbeat Thief would have been fluent in Cockney rhyming slang. A country-born manor-bred woman such as Senza Fyne was sure to be completely bewildered the first time she encountered one of the residents and attempted conversation.
Cockney rhyming slang
When I came across this dialect, I realised that there was an entire separate world of English to be discovered…and, once I delved into the phenomenon of Cockney rhyming slang, I was completely hooked. It would be days before I got back to actually working on my manuscript and by then, I was using the slang so much my family thought I’d suffered a minor stroke.
My research also put to rest lingering questions I had from the first time I watched Austin Powers: Goldmember. (Yes, I know I just dated myself by referring to a movie from 2002.)  Remember this scene with Myers and Caine?
Austin: Listen, dad, if you are going to say naughty things in front of these American girls then at least speak English English.
[Nigel looks back at girls]
Nigel: All right, my son: I could've had it away with this cracking Julie, my old China. (Subtitle: I was about to make love to this pretty girl.)
Austin: Are you telling pork-pies and a bag of trout? Because if you are feeling quigly, why not just have a J. Arthur? (Is this true? If you were aroused, why didn't you pleasure yourself?)
Nigel: What, billy no mates? (What, alone?)
Austin: Too right, youth. (Indeed.)
Nigel: Don't you remember the crimbo din-din we had with the grotty Scots bint? (Remember Christmas dinner with the Scottish girl?)
Austin: Oh, the one that was all sixes and sevens! (The insane one?)
Nigel: Yeah, yeah, she was the trouble and strife of the Morris dancer what lived up the apples and pears! (She was the wife of the dancer who lived upstairs.)
Austin: She was the barrister what become a bobby in a lorry and... (A lawyer who became a policeman in a truck) [inaudiably] (????????)...
Austin & Nigel: --tea kettle!
Nigel: And then, and then--
Austin & Nigel: She shat on a turtle!

Of course, when I first saw the movie the only thing that made sense was the last line…and that didn’t really make any sense at all. (But at least I knew what a turtle was.)
After a bit of researching, I was able to translate Austin Powers all by myself (I thank you) and even tried a hand at the lingo myself.
*Ahem*
In The Heartbeat Thief, Senza was the most innocent ribbon and curl when she went to Whitechapel. Her very best china was a brass nail but then some bushel of coke took a shovel and spade to the birds they knew and the next thing you know, it’s off to the overcoat maker. Again. Poor fing can’t catch a break.
So, anyway that’s Cockney rhyming slang. And it’s a whole different kind of English than the kind we speak here in eastern Pennsylvania. (Although…we do have a unique slang of our own in these parts. How’s this for a linguistic cage match: Cockney verses Coal Region Speak http://www.coalregion.com/speak/speaka.php)
As much fun as it was to learn more about Cockney rhyming slang, you won’t find large portions of The Heartbeat Thief written with it. Unless you’re well versed in the dialect, you’d need a reference or two to translate it all—and in the process, you’d get as distracted from reading the story as I did when I was writing it!
But when you’re reading a passage from Senza’s stay in Whitechapel, I hope you’ll hear the characters conversing in your head while you read. If you do, then all my hours of watching mini-series and movies and reading novels research totally paid off.

Courtesy of author A.J. Krafton, I’m hosting a giveaway for 1 ebook copy of The Heartbeat Thief, open internationally. The winner will receive their copy after 15 July. Use the Rafflecopter widget below OR share and comment on the blogpost with your name, email saying what interested you in the book.

There is also a blitz-wide giveaway, open internationally, for a signed copy of The Heartbeat Thief.

Buy the book via Amazon – the book will be for 99cents in the first two days of its release. 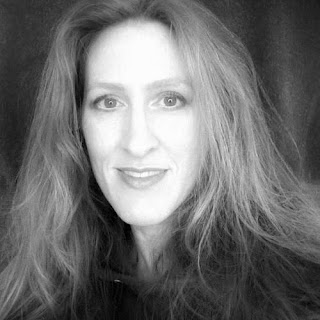 AJ Krafton is the author of New Adult speculative fiction. Her debut The Heartbeat Thief is due out on Kindle in June 2015. Forthcoming titles include Taking' It Back & Face of the Enemy. She's a proud member of the Infinite Ink Authors. AJ also writes adult-specific as Ash Krafton. Visit Ash at http://ashkrafton.com