Excerpt from Evelina by Timothy Pearsall 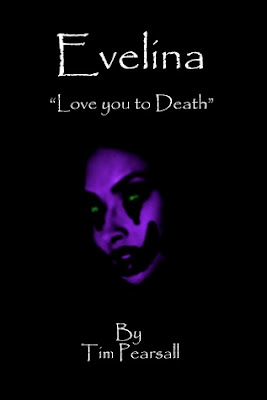 Evelina is a mutation. Some would say an abomination. She feeds on the suffering of others, and her curse is longevity. Throughout the ages she is drawn to the miseries of mankind, where there is war and suffering you will find her. At times a warrior, a mercenary, an assassin, a whore.

In modern London, Evelina tangles with an ordinary young couple and their lives are changed forever. The huntress becomes the hunted culminating in a showdown with the son of a former adversary. Flashbacks of her former life both illuminate and complicate her unnatural character. The pace is fast, the action bloody and furious.

The gladiatrix was hungry. But it was not food for the stomach that she hungered for. She hungered for the pain and suffering of men. She had been travelling through Gaul with a group of merchants protected by four mercenaries. They’d each vied for her favours and she played them off each other for amusement. They could see she was a fiery young woman but had no idea of her true nature.
At a hostelry on the edge of a growing village that offered a ferry crossing, they paid for food and lodgings. Eventually, with the aid of plenty of wine, she goaded two of them into fighting over her. Their half-hearted wrestling soon became a fight to the death and she cheered as they drew swords, their leader however was less than impressed and intervened, dragging them outside.
She glared at him with eyes like daggers, thinking, “You will be the first.”
Later that night she crept up to him as he slept,
“Come with me…” She roused him and led him unobserved outside, the night was cold and she pressed herself against him, he could tell she was naked beneath her robe.
“Carry me.” She asked him as she nodded towards the woods. Only one set of footprints left the lodgings. Once out of sight and deep in the woods, he threw her down and roughly cast aside her robe, her pale skin inviting to his touch. Their copulation was brief but rewarding, and then afterwards the gladiatrix had her own way.
She stunned him with a stone, quickly bound his hands behind his back and sewed his lips together with four looped stitches of hemp. They were too far from the village for his muffled bellowing to be heard.
She worked on him for some time, compelled by his agonies until she was finally sated. Feeling invigorated she made a trail to the river and cleansed herself thoroughly before sneaking back to the lodgings.
In the morning there was much ado, as it was believed the evil spirit known to the locals as Magwyrm had taken Pietro. They quickly buried his mutilated corpse and hurried onwards on their journey to Rome.

On their way home from Walther's houseboat Susan felt the old insecurities rise up again; washing over and through her, the worthlessness, that vile impotence. How could she express her guilt? How could she ever be worthy of anyone’s love? Had she any to give?
“Poor Richard…” She regretted. “…Do I really love him? Does he love me?”
They talked little on their way home, neither noticing the passing cars or the piercing crescent moon.
In her mind she whirled and swooped around in a world of regret and guilt.
While his mind was lost in confusion, “What the hell is going on?” he tried to rationalise the bizarre twists in recent days. He held on to her arm, caring and wanting her close, and completely unaware that she was oblivious to his touch.
Neither of them heard the enthusiastic shrieking of the teenagers that they crossed the road to avoid, or even the begging whine of the homeless door-sitter. Susan was solely focused on the death of her mother and father, and the role that the strange woman called Eve might have had in it.
“I’ll find you.” She whispered without realising. Her unconscious words went unnoticed by Richard, drowned out not just by the hubbub as they walked by the open door of a pub, but more by the labyrinthine suppositions whirling around his mind.
At home, like automatons they prepared for bed. Each unconsciously observing their usual bedtime rituals, neither totally aware of each other. Dreams came to both of them, at least they thought they were dreams.
Richards dream:

He awoke, stared at the slightly fluttering curtains ahead.
“Why are they red?” his confusion multiplied as they began to part, pulled aside like cinema drapes.
A terracotta-paved street stretched away from him, heat blasted up from the sun-baked stones. He turned suddenly at the sight of buildings to his right, ancient stone crafted and temple-like. 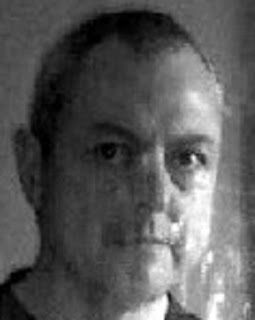 Timothy Pearsall was born in England and grew up in the industrial West Midlands known as 'the black country'. As a young man he moved to London where he began to write fiction as a hobby. The hobby was largely shelved for several years when he married and had children. He now lives in Norwich, England, and works in local government. Now that his children are grown up and he is widowed, he is able to spend more time writing, he has updated and renamed his Domina Mortis books and released Evelina as the first in a dark paranormal series.

He describes Evelina as a "dirty and Stabby" supernatural soap heroine.

He describes himself from the Desiderata poem as an off-the-peg person 'going placidly amid the noise and haste'.