A gripping tale of heroism and the darkness within 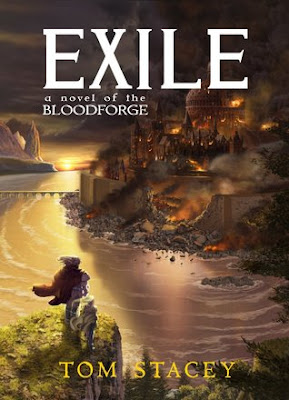 On the fringes of the Verian Empire, two small boys stumble upon a strange altar, buried in the heart of a mountain. There they awaken a horror unseen for generations, that will descend upon the realm of men while it is at its weakest. For Veria is a nation at war with itself, only recently recovered from a bloody rebellion, and the time of heroes has passed. The empire is in a state of chaos, and while its ruler, the Empron Illis, rids the land of his remaining enemies, unseen forces are gathering at the borders. However all eyes are turned inwards. The Empron is not a well man, and there are whispers among the common folk that his advisors are spies; demons that only wear the flesh of men.

Yet there is hope...

In the distant mountains, a forester who has buried his past learns that he has not been forgotten, and that his crimes have sought him out at last. But he is no simple woodsman. He is Beccorban the Helhammer, Scourge, Burner and the Death of Nations, and his fury is a terrible thing.

For when all the heroes are gone, Veria will turn to those it has forgotten, before all is lost.

The first thing he noticed was silence. The black abyss in which he swam was utterly still: no whispering breath of breeze, no gentle hiss of water on rock — a sound he was all too familiar with, even if he could not remember exactly why. A dull thudding in his chest and the constant throbbing of his skull were the only things that let him know he was still alive, unless it was some cruel trick by the Black God. But wait… did they have ravens in Hel? There it was again: the harsh caw of one of the Black God’s winged followers, fallen cousins of the songbird, painted in pitch by the Unnamed to reflect their grim duty.
His eyes seemed sealed shut, the lids gummed together by something sticky and unyielding, perhaps blood. Soon it did not matter, for a wash of pain hit him. What had been muted warmth in his thigh suddenly became a searing white-hot agony that shot upwards into his side. Now he could feel the cold metal of the gorget around his neck, now he could feel the bite of the buckles and clasps holding his armour to him. The weight of the steel seemed such a hindrance, when surely hours before it had been the difference between life and death. He didn’t even have the strength to wipe the obstructing fluid from his brow.
Yet the temporary immobility of the Soldier — for he could be nothing else — soon became a blessing. For a new sound broke the silence. Amongst the squabbling birds and the ripping of dead flesh from cold bodies, the shrill mirth of several young children could be heard, accompanied by the lower warning tones of adult women. In any other place, the excited cries of the young would have been a cause for delight. Brief images of a giggling youngster ran through his mind: a chase through the servants’ quarters; a tiny hand engulfed by his own.
An abrupt crushing pain chased these thoughts from his mind as a heavy figure knelt on his stomach, driving the rim of his breastplate into his upper groin. The stench of fish and piss swept over him.
As any soldier experienced past his first battle knew, children on a battlefield usually meant one thing: looters. After any large conflict a field would be littered with the dead and the dying for days, perhaps weeks. As the ravens and the dogs gorged themselves on the brave, women and children would slink out from neighbouring settlements to take what they could. It was the way of the world. If they had not fallen, these men would only have been pillaging and raping in the surrounding villages anyway.
The Soldier went limp, his instinct urging caution over resistance. Any sign of life would likely earn him a slim knife slipped through his eye and into his brain.
“This ‘un’s sure to be wealthy,” a rasping voice, rattling with phlegm and disease. “Just look at ‘is fine plate!”
“Can’t we go ‘ome soon, Ma? It’ll be sundown ‘fore long an’ I was ‘opin’ I’d getta see some soldiers ‘fore they all leave.”
“Psssht, there be plenty of soldiers ‘ere for ganderin’.”
“Aye, but they’re all rebels!” he spat. “I wanna see proper fighters.” The venom in the boy’s voice was startling. The Soldier fought down panic. Did that make me a rebel? If he could afford expensive armour then he must be important. Was he a rebel leader?
“Shut yer whinin’ or I’ll take your hide. There’s plenty to see ‘ere an’ we’s got work to do.”
The Soldier felt cool air on his right hand as his gauntlet was tugged off and tossed aside with a clatter. The left one soon followed.
“Ahhh! Look at that.” She tugged his left arm across her lap, the coarse fabric of her apron tickling the fine hairs on the back of his hand. “Gimme the blade, boy.” The Soldier clenched his teeth and fought the urge to scream as he realised what was coming. He barely stifled a gasp as cold steel bit into his ring finger.
"What a luverly gold band,” grunted the fisherwoman as she bent to her task. “That’ll fetch two gold pieces at least.” The blunt edge swiftly parted the meagre flesh above his knuckle and cleaved awkwardly into the bone with an audible squeak. The Soldier swallowed rising bile and nausea with an immense effort of will as his torture continued. The knife was making hardly any impression at all on the thin but tough bone of his finger. Each jerk of the blade seemed as ineffective as the last, sending withering vibrations and bright pain down his arm, now sticky with hot blood.
Eventually the stinking hag must have grown bored with her work as she simply snapped the finger off at the joint. The dry cracking pop of breaking bone sent the Soldier back into welcoming oblivion. As he slipped into nothingness, he almost felt relief that the howling agony clawing at the back of his teeth could not betray him to such an ignoble end.
A more discerning observer would have noticed that dead men do not bleed so enthusiastically when cut. The Soldier’s arm was covered in bright red blood and the birds were already circling at the scent of warm gore. However the fisherwoman was far too pleased with her catch to notice such trifling matters. Beginning the long trek back to her cramped hovel, she paused briefly to hold the ring up to the fading light, admiring its deep, claret-glazed sheen before hiking up her filthy skirts and heading towards the dying sun. 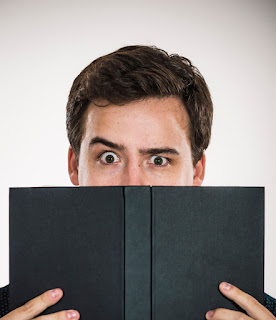 I am from the wild lands of Essex, and have been all my life.
I've always been a student of history. My first history teacher at secondary school taught me that there are only five letters in the word history that matter: 'story.' Ever since then I've been hooked.
I'm somebody who loves to read. I love Bernard Cornwell's earlier works like the first Sharpe novels and the Warlord Chronicles. I've experienced the can't-put-down quality of Wilbur Smith's Courtney novels. I'm a big Conn Iggulden fan (Emperor and Conqueror series) and love A Song of Ice and Fire - who doesn't?
Arguably my favourite author is the late David Gemmell. His simple historical fantasies really struck a chord with me when I was younger, and encouraged me to write my own stories.
I like stories about heroes, or things that make you scared to turn the page, stories that leave you feeling empty or that you've left friends behind in the epilogue. A writer is someone who can reach out from a page of prose and grab your attention and not let go until your heart is beating faster or aching with loss.
If my own stories can make even one person feel something like that then I will consider myself a success. If they don't, I'm going to keep writing them anyway, so you might as well read one of them!