The Grey Forest by Maureen Griswold is a collection of nine short stories, spanning several genres from realism to the paranormal to social criticism and current issues. The stories are beautifully written and the style is fairly consistent throughout the collection. 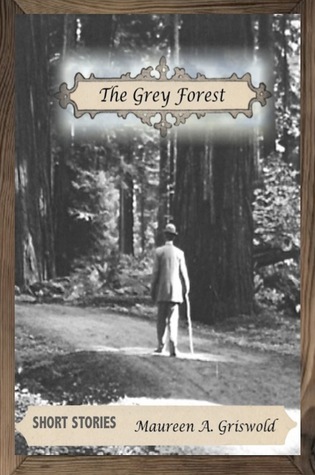 As is with short story collections, some stories struck out more than others. For me the star of The Grey Forest is "The Neighbour's Girl", which was inspired by the US entering Iraq under various pretexts. The little girl may have almost been silent throughout the story but her silence spoke volumes. The Neighbour's Girl" is by all means the most profound piece in the collection. 10 stars for this one.

Meanwhile, when we are introduced to Conrad Nelson Winstead Jr., we are told that he owns a shop called Namaste and is interested in Mandalas. I enjoyed the descriptions and constant contrast between father and son in this piece. A must-read.

"An essential meditation, an essential teaching of a sand mandala, is the lesson of impermanence."

The piece titled "Visio Novus" is about a nurse who gets mental imagery and words, a kind of sense about people she meets. The story evokes a sense of the paranormal as she can read people in a psychic kind of way. The story needs a bit of a patient reader, but its idea is fresh and interesting. Griswold keeps you hooked and wondering about the nurse's abilities – especially since they prove to be correct readings of people.

A story of persistent marketing, "Dead Man's Mail" appears to be a serious story but is in fact a funny five-star one. Well serves'em right.

"Denouement on K Street" tackles the issue of gun ownership in America – a sensitive issue. Griswold shows through Kurt Robey, the Director of Public Affairs for Americans for Firearm Rights, how companies deal with the issue. Emotional and full of sarcasm, the story is powerful and makes you think; an eye-opener even. Another must-read. Griswold also includes her own comment on the matter after the conclusion of the story.

"The Stand-ins" is another interesting piece in The Grey Forest, which handles the lives of another father and son through the news that is written about them. The characters don't have names, which I felt was rather confusing sometimes, but overall the story was a good read.

Concluding the collection is the story titled "Soulmates". The piece contains to alternating points of view, although both are narrated in the third person, and becomes filled with raw emotions towards the middle and end. Another must-read.

"Now, she saw, she understood, as his eyes held her, that by the Great Fall and all lost with it, she was truly enriched. Less was more for this second life, this second chance, for she had learned what was illusory, impermanent, insignificant, and the precious little which was not."

Overall, The Grey Forest has several intriguing stories, although many of the characters in those stories don't have names. There wasn't a lot of imagery, but the collection evokes various strong emotions in its readers.

Although I did not like the cover of the collection at first, on closer inspection I realised it might not be pretty but it is certainly the most suitable as the collection makes you think.

Note: I received a free copy of The Grey Forest from the author in exchange for an honest review.


About the Author:
Maureen A. Griswold has authored fiction and nonfiction. She resides in northern California.


After serving in the U.S. Army Nurse Corps, she returned to her alma mater, San Jose State University, and earned her journalism degree. She was senior editor for the (former) California Nursing Review, a bimonthly magazine for California RNs and eventually worked as a medical writer in the pharmaceutical industry.
Posted by Nada Adel at 12:25 AM