Excerpt from cozy mystery Send in the Clowns 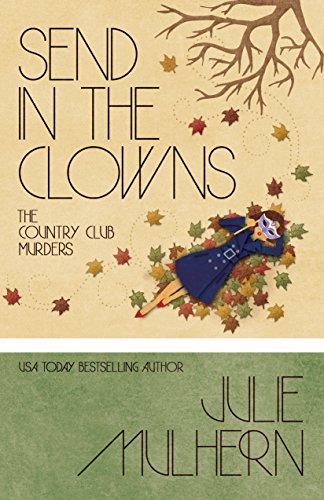 Haunted houses are scary enough without knife-wielding clowns. Especially murderous knife-wielding clowns. So thinks Ellison Russell, single mother, artist, and reluctant sleuth.
Now death wears a red nose and Ellison is up to the blood-stained collar of her new trench coat in costumes, caffeine, and possible killers. Who stabbed Brooks Harney? And why? Money? Jealousy? Drugs?
With Mother meddling, her father furious, and her date dragged downtown for questioning, turns out Ellison's only confidante is Mr. Coffee.

I moved on. Searching in each room. Discovering hidey holes for the characters who terrorized kids eager to be scared.
I paused in a room that felt as big as a shoebox and called, “Grace.”
Nothing.
Well, nothing if you don’t count a man wearing an executioner’s hood and bearing an axe. “My daughter is missing,” I told him. “Have you seen a teenage girl by herself?”
He grunted and hefted the axe onto his muscle bound shoulder.
Dammit.
The next room looked like a circus gone bad. Ripped red and white stripped fabric half covered the walls and drooped from the ceiling. A popcorn machine with a head inside the glass sat in a corner. A demented calliope song was just audible over the screams of the girls in the room in front of me. And there were clowns.
Two of them.
I hate clowns. That’s not strong enough. I abhor clowns. Clowns chill my blood. Clowns turn my normally reliable knees to the consistency of the tomato aspic the chef at the club serves at ladies’ lunches in the summertime. I. Despise. Clowns. And those are the friendly ones at the circus who wear big shoes and cram into tiny cars.
Don’t ask why. Some fears are just visceral. Snakes. Spiders. Clowns. Pick your poison.
These clowns weren’t of the friendly variety. They had pointed teeth. They wore wicked expressions. And, despite the cheery ruffs at their necks, they were the stuff of nightmares. One of the clowns staggered toward me. Yes, he had a red nose. Yes, he had fuzzy hair. But he also had a grin evil enough to send my knees past tomato aspic straight to tomato bisque.

Books in the Country Club Murders Humorous Mystery Series:
1) THE DEEP END
2) GUARANTEED TO BLEED
3) CLOUDS IN MY COFFEE
4) SEND IN THE CLOWNS 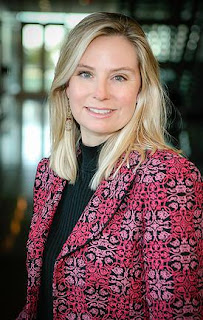 Julie Mulhern is the USA Today bestselling author of The Country Club Murders. She is a Kansas City native who grew up on a steady diet of Agatha Christie. She spends her spare time whipping up gourmet meals for her family, working out at the gym and finding new ways to keep her house spotlessly clean--and she's got an active imagination. Truth is--she's an expert at calling for take-out, she grumbles about walking the dog and the dust bunnies under the bed have grown into dust lions.