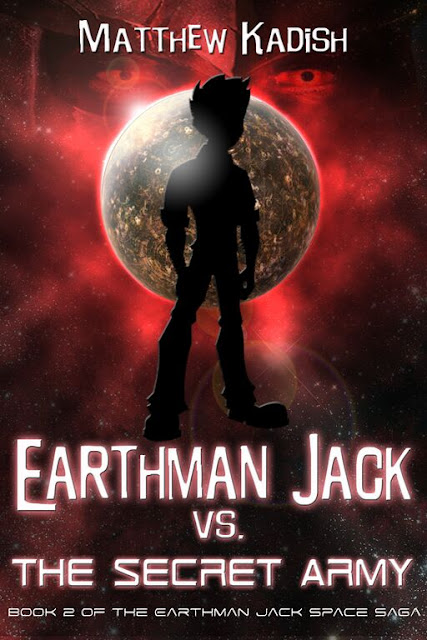 After his heroic battle against the Deathlords on the Ghost Planet, Jack Finnegan is looking forward to arriving at Omnicron Prime, the capitol planet of the Galactic Regalus Empire -the largest and most advanced civilization in the universe.
Things are looking bright for Jack. He has his unconventional group of friends, his mystical spaceship, and the girl of his dreams -Princess Anna. Not to mention a secret mission that could save Earth and everyone he cares about.
But things get complicated when he arrives at Omnicron. Not only is Jack uncomfortable being thrust into the spotlight for his courageous actions to save the universe, but he soon finds life in the Empire isn't everything he'd dreamed it would be.
His friends abandon him to pursue their own interests. Greedy and cunning politicians conspire to steal his spaceship. Even his relationship with Anna is strained now that she's gone from being "the girl next door" to the most powerful woman in the universe.
But beneath all that lies a new and terrifying threat from the Deathlords. A threat that grows in secret, slowly spreading throughout the Regalus Empire like a plague, and it threatens to destroy from within the only thing powerful enough to stop the Deathlords and their malicious rampage throughout the galaxy -the Empire itself.
Worst of all -Jack is the only one who knows about this new threat, and no one will believe his warnings.
Suddenly, the Empire is no longer safe for Jack and his friends. Even the people they've come to rely on the most can no longer be trusted. As those he's sworn to protect turn against him, how can Jack hope to save the day?
Fighting the Deathlords was one thing. Fighting the "good guys" is quite another. Will Jack be able to find the strength to be the hero the universe needs?
Or will he finally be defeated by this Secret Army?

Excerpt – from the introduction (what you’re up against)

Jack is now travelling to the heart of the Galactic Regalus Empire – the largest and most powerful Empire in the known universe.  And this alien boy from a small town on a distant planet is in for quite the culture shock.  As most children learn in their remedial history classes, at the time of Jack’s adventure, the Regalus Empire is a little over 10,000 years old and consists of roughly 100 member planets, 300 colonies, and 500 outposts and space stations, spanning close to 30,000 light-years of galactic territory.  Member worlds differ in population size, ranging from a few million to roughly ten billion citizens.  And, of course, the citizenry is made up of a multitude of different species and races, creating quite the melting pot of alien culture, all of which are represented on the gang’s destination – the capitol planet of Omnicron Prime. 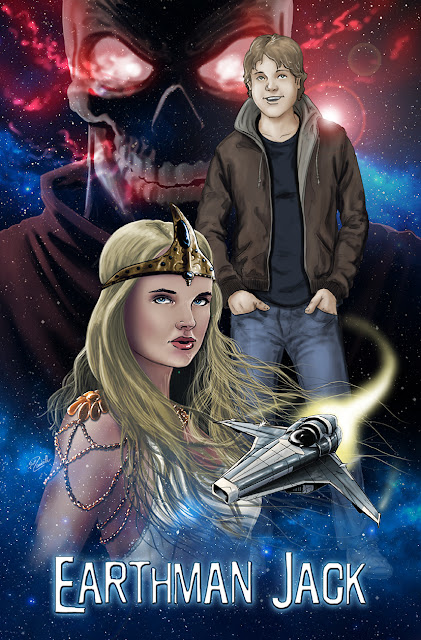 And though one would think Jack would be safe now that he’s entering into Princess Glorianna’s realm, nothing could be further from the truth.  For new threats are lurking, just waiting to strike, and some of the threats cannot be fought as easily as a Deathlord Dark Soldier.  (And let’s face it, those aren’t the easiest adversaries to begin with.)
Jack will now have to deal with one of the most frustrating and insurmountable villains in the universe:  bureaucrats.  Our hero will suddenly be thrust into the viper’s nest of intergalactic politics, where power-players aggressively maneuver to take control of the Ancient Earthship and the secrets it contains – with or without him.
As Jack struggles to come to terms with the reality of his new life in the Empire, an even more terrifying threat lurks in the shadows – one whose goal is to destroy the Empire from within, and to wipe out any organized resistance to the Deathlords as they continue their quest to eradicate all life in the universe.  It is a threat that has wormed its way into the very halls of power, making it impossible to tell friend from foe, and leaving Jack with no one he can trust to help him fight it – not even those closest to him.
After all, how does one defeat an enemy he cannot see?  Who can one depend on when there’s no one left to trust?  And how can Jack hope to save the day when everyone he’s trying to save turns against him?
This will be Earthman Jack’s greatest challenge yet and it will set the stage for the epic adversity he will eventually face.  Our tale begins on the Ancient Earthship as it is travelling at 99% the speed of light, headed right for the capitol planet of Omnicron Prime, one month after the events of the Ghost Planet.  This is the story of Jack’s first steps toward being the greatest hero the universe has ever known.  This is the story of the corruption that nearly brings the most powerful Empire in history to its knees.
This, is the story of the Secret Army.

Anna bit her lip nervously.  Something she always did that was so cute, it practically made Jack’s heart melt.  “I don’t know how to say this,” Anna said.  “I’ve been trying to figure out a way to bring it up, but… it never seemed like the right time.”
“Hey, whatever it is, you can tell me,” said Jack.  “No time like the present!”
Anna sighed.  “Look, Jack…” she said.  “You’re a great guy…”
Uh-oh, thought Jack, as alarm bells suddenly started ringing in his ears.
“You’re smart, and funny… and I have the best time hanging out with you…”
What is this?  What’s happening right now???
“…and you’ve done so much for me that I could never repay.  You’ll always have a special place in my heart…”
Holy crap – she’s not… is she?  She is, isn’t she???
“But for now, I really think it would be best…”
Don’t say it!  Don’t say it!!!  DON’T SAY IT!!!!!!!
“…if we could just be friends?”
NOOOOOOOOOOOOOO!!!!!!
In Jack’s head, Anna had just reached into his chest and laughed maniacally as she ripped his heart out, threw it on the floor, and then excitedly stomped on it with her foot.  Then a diseased dog had run up and eaten the smooshed heart.  Then it had pooped it out and eaten it again.  Then that dog had been eaten by an evil radioactive dinosaur.  Then that dinosaur had blown up, splattering bits of Jack’s smooshed poop-heart into oblivion.  When the smoke in his head cleared, Jack noticed he’d been quiet for longer than was comfortable, and Anna was staring at him nervously.
“Um… Jack?” she asked.  “Is that okay with you?”
“Yeah… y’know… that’s cool,” stammered Jack.  “We can totally be friends.  I mean, we’re already friends, right?  So… no big deal!”
This is such a big deal… grumbled Jack in his head.

Buy the book via Amazon 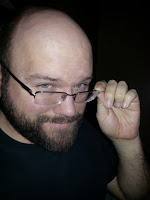 Matthew Kadish is an independent author and world-recognized evil genius. When he isn't writing or being evil, he enjoys relaxing at the beach and videos of puppies. Much like Scottish cuisine, most of his literary works have been based on dares. He currently lives in Las Vegas and always bets on black, because Westley Snipes has yet to steer him wrong in life. He is the most talented author ever. His mother tells him so every day.


Visit www.EarthmanJack.com and get a *special edition* copy of my book Earthman Jack vs. The Ghost Planet for free! (It's only for a limited time, so hurry up!)

Brought to you by Worldwind Virtual Book Tours