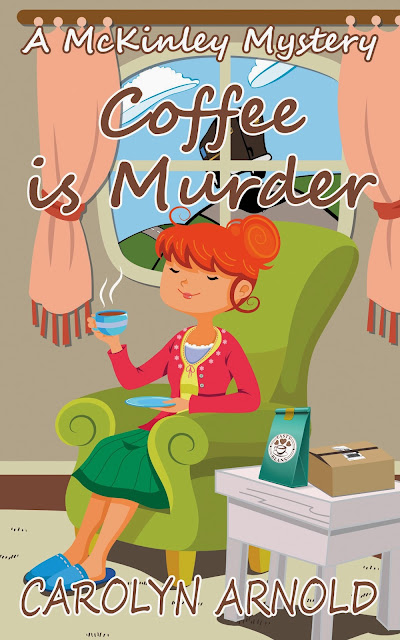 Coffee Is Murder by Carolyn Arnold is my first cozy mystery, whereas I'm not sure I totally get the cozy part, I must say I enjoyed the well-crafted mystery.

Arnold makes several social comments that are well-weaved throughout her novel. Her protagonists, Sara and Sean, were average people who became billionaires. They were also former police officers, so investigation comes naturally to them and they do it well. Sean and Sara open up a company to investigate cases that the police do not find worthy or grounded, like Sophie's. Their firm depends on one rule, which is that their clients must give the fees to charity.

Sophie believes her mother died of cyanide poisoning through her coffee; Sara being a heavy coffee-drinker starts to keep her distance from at least coffees of the company in question, Tasty Beans. Sophie also tells the couple that her mother may not have been targeted.
"I never said she was targeted, but I do believe she was murdered," which makes it rather difficult for the group as this is only a hunch and they have to widen their investigation.

The investigation/private-eye firm includes another former police officer, Jimmy, and computer whiz Adam.
Coffee Is Murder moves slowly at first, as the pair seeks to test the coffee, but picks up once they try to work at Tasty Beans. Nonetheless, it remains interesting, with obstacles coming up here and there.

Jimmy, the third former police officer, is quite sarcastic and funny. He adds a lot of comic relief to the novel, especially when he goes to work for the coffee maker.
One of the things I liked about Coffee Is Murder is how the writer shows that all the clues might lead to a particular culprit but that may or may not be the right one.

Although mysteries do not have much character development, we see Sara and Sean's relationship sort of get stronger. They are married couple and they care for each other but the job sometimes requires sacrifices. At one point Sara might need to drink from the coffee and she is unsure if it has been poisoned at the time or not.

The investigation firm does not have a name and while mulling the name after solving the case, their secretary, Helen, offers an excellent suggestion.

The chapters of Coffee Is Murder are quite short, making the read a lot quicker. Overall, the novel is entertaining and fun. It does not deal with anything creepy like rape as other mysteries do. It is by all means a light, engaging and enjoyable novella.

About the series: THE MCKINLEY MYSTERY SERIES ventures outside of the typical crime genre, lending itself to the cozy variety with no foul language or graphic violence. The series combines romance, mystery, humor, and adventure for a lighthearted, easy read. Each episode is a standalone read, meaning it’s not necessary to have read previous instalments.

Chapter 1
A Moment of Appreciation

FOR SARA, COFFEE WAS ONE of life’s greatest—and simplest—pleasures. Every time she took a draw of freshly brewed java, her eyelids automatically lowered in appreciation of the robust flavor. Somehow, when drinking it, life seemed less complicated, or maybe it was just how it coated the palate and calmed her nerves despite what some scientific studies might say.
She was in her home office, seated behind her desk, staring at the blinking cursor on her monitor, but it wasn’t because she had writer’s block. Her wrists needed a break. Better yet, she needed to indulge in this cup.
Leaning back in her chair, she swiveled from side to side and closed her eyes, savoring the aroma of the dark beans. While they were ground at the time she pressed the button, the only way to get it any fresher was picking the beans off the plants in Brazil. With their money, she supposed it was an option.
She let herself get caught up with the thought. It might not be a bad idea. As her daydreaming grew in scale, she laughed. She wasn’t going to board a plane to South America for a cup of coffee, even though it might be the best she’d ever had. She wasn’t that obsessed—was she?
Sean knocked, but entered without awaiting a reply. He held on to a glass of orange juice and she admired his self-restraint. For some reason, his body required only one coffee a day when he first woke up. Otherwise, he moved on to juice or water.
If Sean had his way, Sara would drink only one, but coffee was a habit she wasn’t willing to break. Maybe she was an addict, although, that word carried such a negative connotation. She wasn’t an alcoholic simply because she enjoyed an evening beverage, so her coffee indulgence shouldn’t be considered an addiction. Even her thoughts betrayed her. Indulgence.
“Good morning, darling.” Sean kissed her forehead and then her lips. “I hope I’m not interrupting.” He glanced at the screen. “I guess I’m not.”
She smirked at him, realizing only a chapter number was showing. “I’m just taking a small break. I can’t always be typing, you know. I’m not a machine.”
“The way you’ve been holed up in here lately, I’m starting to wonder.”
She pouted. “Are you feeling lonely?”
“A little bit like a writer’s widower actually.”
“Well, let me make it up to you.” She stood, cupped his face with her hands, and kissed his mouth.
When they parted, any pleasure she derived from the coffee had diluted. It was replaced by the need to hold her husband.
“Hmm. Not bad,” he said.
“Excuse me?”
“You have coffee breath. I have orange juice breath. Still, the kiss, not bad.”
She narrowed her eyes and was about to say something when the phone on her desk rang.
Sean answered. “Hello…yes, Helen…all right, make the appointment for two hours from now.”
As she listened to her husband speak, she had a good idea what this was about. There was a job.

Note: I received a free advanced reader's copy (ARC) of Coffee Is Murder by Carolyn Arnold in exchange for an honest review and as part of a blog tour with Lori's Great Escapes Virtual Book Tours.

Update: Check out more book reviews for Carolyn Arnold's books
Cozy mysteries in the Mckinley Series: Halloween Is Murder and Money Is Murder

Police procedural and thrillers: On the Count of Three and Past Deeds (Books 7 & 8 in the Brandon Fisher series)

Historical fiction in The Secret of the Lost Pharaoh 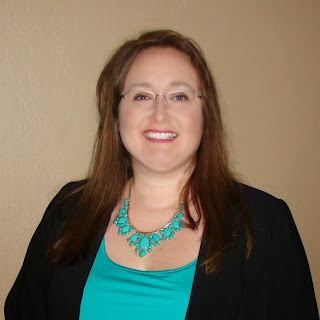